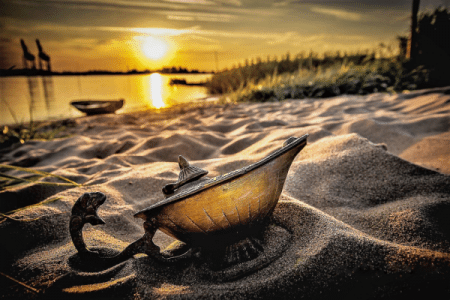 A friendly genie appears in a puff of smoke and tells you that you’ll develop cancer 20 years hence. However, he offers to send you back in time to any point you wish, so that you can alter events in your life to prevent your cancer. Quickly now, he doesn’t have all day–when do you choose?

If you’re a smoker or a habitual tanner, you’ll probably go advise your younger self not to take up those unhealthy habits, and hopefully this will prevent the mutations that would have spawned your cancer’s out-of-control growth. Other strategies of that nature are a reasonably safe bet, since it’s estimated that 40% of cancer is caused by avoidable exposure to cancer-causing agents. Or maybe both of your grandmothers developed breast cancer, so you reason that you must have the genes for it, and there’s little to be done. Environment or inheritance, one way or the other, you think, the answer’s gotta live in your DNA.

But you’re most likely missing a critical time, one that you probably don’t associate with cancer: puberty. Adolescence triggers a flood of diverse hormones that fiddle with all sorts of knobs in your body, from fat distribution, to height, to body odor, but our culprits are a pair of closely related hormones, GH (growth hormone) and IGF-1 (insulin-like growth factor). The clue comes from Laron syndrome, a disorder marked by a lack of GH receptors which causes its sufferers to have short stature, as well as surprisingly low levels of cancer and diabetes. Experimental results have demonstrated that the GH association isn’t just coincidence. Rodent models of GH insensitivity that were given hormone treatment at a young age lost the anti-cancer advantages that their untreated peers enjoyed, and developed cancer at comparable rates to normal rats. 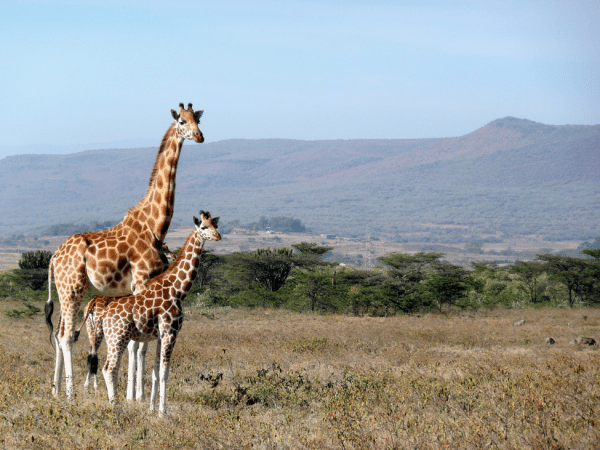 Due to their ability to stimulate growth in nearly all cells in the body, the convenient explanation for why these hormones might lead to cancer is that they act directly on tumors to cause them to expand faster. But most cancers surface late in life, a time when circulating levels of GH/IGF-1 are nearly half those found during the hormone spike of puberty. Tellingly, GH-deficient mice treated later in life retain their cancer protection, while mice with adult-onset IGF-1 deficiency fared no better than normal mice. So how could these early-life changes reach through time and leave you whole and healthy in youth, only to plague your old age?

Why, using the very same machinery that ensures that cells in each organ look like they belong in that organ, and continue performing the tasks that their organ requires them to. Your epigenome’s handiwork can be seen in cell differentiation and every other bodily process that requires control of gene expression to operate, and its capacity to be modified or reprogrammed in response to conditions allows exposure to certain environments to cause permanent changes in your body’s functioning. Of course, not all of those changes are welcome–especially the ones that might promote tumor development.

If your body was suddenly–and permanently–less capable of repairing damaged DNA, for instance. This critical flaw was what researchers found when they subjected the cells of adult wild type rats to DNA-damaging gamma radiation and compared them with the irradiated cells of GH/IGF-1-deficient dwarf mice. To catch the repair process in motion, the researchers melted away all of the cells’ contents except the DNA, then immersed it in an electrophoresis solution and applied a charge to cause the broken, uncoiled strands to migrate while the larger, tightly coiled strands of unbroken DNA remained in the nuclear matrix. The amount of DNA that escaped was the tip off to how well the repair process had gone. It was clear that although radiation inflicted the same amount of initial damage to both the dwarf and control cells, after just 20 minutes the dwarf cells had repaired themselves significantly and were able to confine most of their DNA to the nucleoid, while the control cells still leaked a bright comet tail of broken strands.

A comet assay, named for the comet-like shape formed by migrating strands of DNA, reveals strand breaks in cells taken from irradiated dwarf and control mice.

When the researchers pulled back the curtain, they found that the dwarf cells were responding more strongly to genotoxic stress than control cells through increased expression of several genes involved in DNA repair and tumor suppression. Prior to irradiation, however, expression of these same genes was comparable between groups, suggesting that the advantage of the dwarf mice only manifested when the need was dire. The exact molecular mechanisms weren’t clear, but the researchers speculated that growth hormone surges in puberty may have reprogrammed the epigenome’s control of how DNA repair proteins are translated, or silenced tumor suppressor genes.

So does that mean you should tell your genie that you want to stop puberty from happening to you? Not necessarily. Concentrations of GH and IGF-1 in puberty vary widely, governed both by genetics and by influenceable lifestyle factors like nutrition, exercise and sleep. People on the lower end of this spectrum may have ended up with few changes to their epigenome by adulthood. But even if you weren’t such a person, an epigenetic origin for cancer is still a relatively rosy prospect. Epigenetic alterations are potentially reversible through epigenetic therapies, several of which have already been approved by the FDA for certain cancers. All in all, you may be better served by making sure your younger self is well stocked on sunscreen.

Newer PostIn the media this week: Sentries, strawberries, and senolytics
Older PostPet dogs on rapamycin are pictures of health