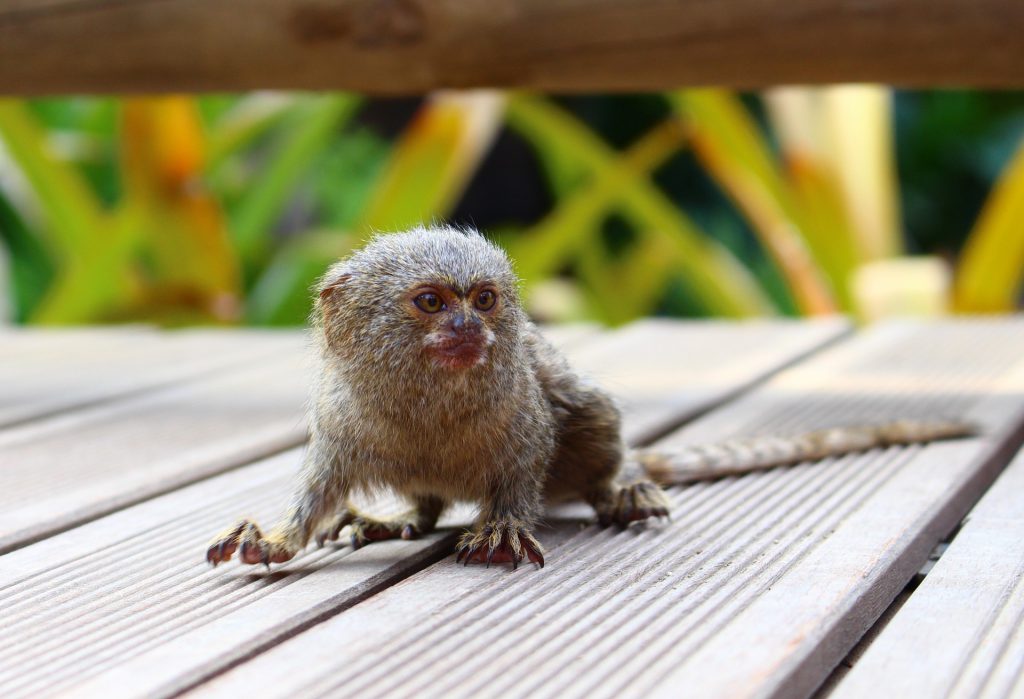 In biomedical science, rodents are the old stalwarts: they’re cheap, easy to care for, have lives short enough to allow us to observe them over the course of a couple of years, and it’s fairly easy to produce a population of mice with whatever sort of genetic mutation we could want. But while they’re at least mammals, rodents still aren’t all that similar to us–the gulf of evolutionary distance separates humans and mice by 75 million years. This is probably at least part of the explanation for why findings in rodent models have translated to us so poorly.

In some respects, simians could be much better test subjects, since we share a common ancestor from a mere 40 million years ago, but these primates also have some major drawbacks. All species are larger than mice, some many times larger, making them expensive and difficult to care for. Our closer relatives have social behaviors that make them difficult to house in large groups. Furthermore, many of them also have prohibitively long lives: chimpanzees, for instance, can live as long as 60 years in captivity.

But marmosets may be uniquely qualified among primates to be our new guinea pigs. Sometimes kept as pets, these cute little South and Central American monkeys stand a mere 8 inches tall, tend to do well in larger social groups, and have relatively short lives. They do, however, have one major drawback, and that’s their survival curve.

Humans in the Western world mostly die when we’re old, with very low mortality through the majority of our lives, including middle age. We’ve also developed procedures that allow populations of laboratory mice to conform to this same pattern, enabling these mice to become more informative models of aging biology. The key in both of these cases was to eliminate deadly infectious disease, which we did in the laboratory by improving the sanitation of the living environment and isolating mouse colonies from potential sources of disease.

Like most primates, marmosets start dying off around middle age, and few live to be very old. Previously it was thought that median lifespan under good conditions was only about five to six years, with a maximum of 16 years. However, recent findings from groups in Cambridge and Japan have suggested that median lifespan may be closer to 10 or 12 years under ideal conditions, and can reach a high of 22 years.

With this in mind, researchers at the Barshop Institute for Longevity and Aging Studies set out to cultivate a population of marmosets that reliably lived to old age. They selected a small set of founders by screening the monkeys for common viruses and bacterial colonies, then took the most disease-free to be housed together at the Texas Research Park. By 2016, they had 275 infant marmosets.

By keeping close tabs on the monkeys’ health and preventing contact with other groups of marmosets, the researchers were able to totally prevent death related to infection. These monkeys lived on average eight to nine years–ripe old age in the marmoset world–while the control group lived only five years, often dying from sepsis, bowel inflammation and other consequences of infection.

The researchers noted that, of the practices used, isolating the experimental population of monkeys seemed to be the most helpful. Paring down the procedures necessary to keep a healthy population of monkeys to a less intensive set may make marmosets a more attractive object of study, but it’s not clear how well these might translate to other animals, or indeed other primates. However, establishing more general protocols for manipulating the survival curve of animal models may give a much larger diversity of species the opportunity to help us study the biology of aging in the lab.

Newer PostIn the media: An AMA with Aubrey de Grey, and more
Older PostHow your ancestors’ lifestyle determines your lifespan