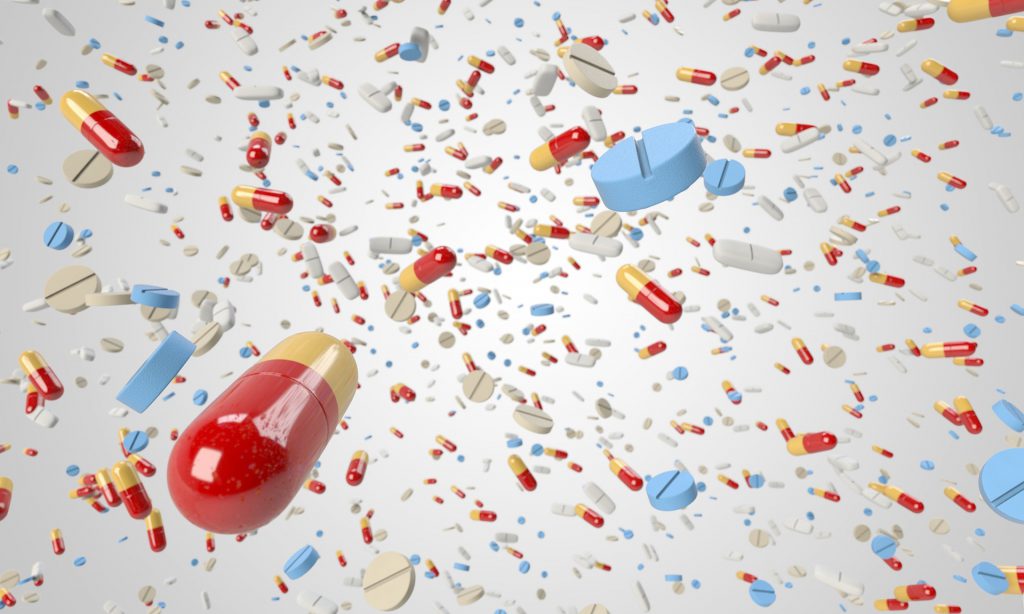 Last week when we heard from Dr. Ristow, he turned the outdated notion of the “free radical theory of aging” on its head, and demonstrated that antioxidants like vitamin A and vitamin C aren’t all they’re cracked up to be. But if those supplements can’t help us, what can? Perhaps, says Ristow, the answer can be found in the mitohormetic effects of an inexpensive over-the-counter compound, one with enough promise that it may someday rival metformin as the darling of the anti-aging set.

So we’ve discussed this effect called hormesis, where substances that are toxic at high doses can actually be helpful in low doses. There’s a related word that pops up a lot in your research, “mitohormesis”–what is that?

It’s an abbreviation of mitochondrial hormesis, and it essentially translates this hormesis principle, which normally applies to compounds and drugs, to whatever comes out the mitochondria. So mitochondria send out signals that promote health and lifespan at low doses, and at higher doses these signals do the opposite.

The most well-established signal from the mitochondria is reactive oxygen species, but there are also other signals, small peptides that some groups have started working on like humanin and MOTS-c. And then there are metabolites, like beta hydroxybutyrate, which is produced a lot by the mitochondria if you’re on a ketogenic diet. Beta hydroxybutyrate also has mitohormetic effects, so it signals to other compartments of the cell and promotes health.

While older mitochondria do produce more free radicals, it’s unclear whether that really accelerates aging. I think it does at very high, artificial doses. For example, one very artificial mouse model showed that mice with a mutation in their mitochondria aged horribly. For human examples, you can look at the hundreds of mitochondrial diseases that cause premature aging and increased cancer and so on, but again, these are very rare.

There wasn’t much evidence about the effect of mitochondrial ROS production on normal aging until recently. A Nature paper in December 2016 looked at naturally occurring mutations in mice and compared their lifespans, and, contrary to their expectations, they found that the mice producing more ROS lived longer than the mice producing less ROS. And these mice were otherwise genetically identical. So I think that fits in well with the results we’ve seen with exercise.

You’re a big proponent of a particular intervention that plays off of mitohormesis to increase lifespan–glucosamine. How did this compound come to your attention, and what’s so great about it?

Well, back in 2007 when we showed that increased ROS extends lifespan in C. elegans, we used a compound that completely blocks glucose metabolism, deoxyglucose. Since the cell can’t metabolize glucose anymore, it enters an energy deficit similar to starvation, and responds by switching on its mitochondria. So we tried giving deoxyglucose to mice, but it turned out to be toxic, because having no glucose metabolism is probably not healthy in mammals. Another group at the NIA found the same thing.

Then a student in my lab said, “Why don’t we use glucosamine?” Glucosamine only slightly inhibits glucose metabolism (glycolysis), and it’s known to be completely harmless to humans. It’s like the cell being on a diet: it still activates its mitochondria, still produces a bit more ROS, but not to the excessive level that it would with deoxyglucose. So we fed C. elegans glucosamine, and they lived longer. If we gave them antioxidants in parallel, the effect was gone, which suggested that the benefits were due to increased ROS production. Then we took two year old mice, which is equivalent to something like 55 or 60 in humans, and gave them glucosamine, which caused both males and females to live longer. The effect was stronger in females, but it was independently detectable in both sexes.

While we did that, there was an epidemiological study done in Washington state with data from 88,000 people, and it showed that those people who regularly took glucosamine had about a 20% lower risk of death. And that’s huge, 20% is a lot. Now, this doesn’t establish causality–it’s just an association, and it may be due to other factors. But even after correcting for variables like lifestyle and exercise and so forth, this difference remained.

So it’s already used in humans?

Yes, it has a longstanding track record. Millions of people use it to improve arthritis and cartilage problems. They’re mostly elderly people, because the older you get the more likely you are to have joint problems, and it’s questionable whether it really works for that purpose. There are hundreds of studies out there claiming that glucosamine does or doesn’t improve joint health, and I can’t really say whether it does any good in that regard, but it does have a really outstanding safety record.

With glucosamine there aren’t really any side effects whatsoever, unlike with metformin, which is the subject of a high profile study that’s still in planning at Albert Einstein College of Medicine. Metformin has been off the market for several decades in Europe because of toxicity and so on. So in that regard I think glucosamine has a much better track record.

You mentioned that glucosamine is like putting the cell on a diet. What exactly does that mean?

Glucosamine interferes with one of the enzymes used in glycolysis, or the breakdown of glucose into lactate or pyruvate. So now the mitochondria have to try to burn other sources of energy instead, including fat and some amino acids. What glucosamine essentially does is mimic a low carb diet, because the cell is forced to activate the mitochondria to survive. It has to produce its ATP from mitochondrial metabolism, which will produce free radicals that then act as signals to the rest of the cell.

Since glucose and most sugars can be metabolized without the mitochondria, they won’t cause any free radicals to be produced and mitohormesis won’t be activated. And that’s why carbs, and especially glucose, are so dangerous. If a cell is totally happy not to use its mitochondria, all the inductions of stress defense systems that come with mitohormesis won’t occur anymore.

Does glucosamine do this as well as a ketogenic diet might?

Scientifically I can’t answer that, because it would require a direct comparison, but mechanistically everything points in that direction.

In fact, metformin does something very similar by blocking glucose production in the liver. So the liver produces glucose when there isn’t enough energy available, and metformin interferes with that, which causes a deficit in carbohydrate metabolism.

Speaking of metformin, do you think there will be a TAME trial for glucosamine?

There should be. I think it’s long overdue. It’s an ideal supplement because it’s cheap, there’s no IP attached to it, and it could improve healthspan significantly at almost no cost. A yearly dose is about $15. And the return on investment for both insurers and individuals would be significant.

How does glucosamine stack up against metformin, in terms of evidence of effectiveness?

So type 2 diabetics live longer when they take metformin, but that’s in comparison with having no therapy, or with other diabetic drugs, where patients have improved blood glucose but shorter lives. That’s really a disaster for the pharmaceutical industry, because diabetics would be better off not taking anything than most diabetic drugs, and metformin is the only exception.

I can easily anticipate that metformin will also extend lifespan in healthy people, but that still needs to be proven, because that data isn’t out there yet like it is for glucosamine. And I totally endorse the metformin trial, and I hope they’ll find the funding for that. But I think glucosamine is an equally justifiable candidate, and an even better candidate if you consider the safety record.

Is glucosamine something that could be used by diabetics?

That’s a good question. For type 2 diabetics, short term treatment may slightly increase blood glucose, but long term it does the opposite. That’s a typical response phenomenon. I think it could be a useful drug for type 2 diabetics, but there’s too little data out there to say that definitively. It would need to be studied in a prevention trial.

Type 1 diabetics are a very different story. I’m not sure glucosamine would be a good idea for them, but a prevention trial wouldn’t apply to type 1 diabetics anyway, because they usually get diabetes in childhood or puberty.

Are there any diseases in particular that you expect glucosamine to prevent?

I would expect very clear, direct effects on metabolism, so it should improve fatty liver disease, and probably body weight should go down as the most straightforward sign. Because of the switch to mitochondrial-mediated metabolism, I would also expect cancer rates to drop, and it would probably also have a certain effect on dementia prevention, but big questions there still. And the effect on glucose metabolism and diabetes would directly impact cardiovascular problems and stroke. The evidence for that is much better.

But the idea really is to have a compound that’s directed toward a spectrum of age related diseases, not just a specific disease. That’s the idea with both metformin and glucosamine supplementation. So we’d start these compounds in people who are still healthy, probably around 45 or 50, to prevent bad things from happening when you’re 60 or 65.

But not starting when you’re young?

We don’t really have any evidence on what it will do in young people, because young people don’t usually have degenerative joint problems. I’m not saying it would be a bad idea, but I would be hesitant to recommend it. The evidence we have is in people 45 or older, and if I designed a study I would probably go for the 50+ population, and just see what happens in a five year period with regard to disease incidence.

So what remains to be seen with glucosamine?

Well, we don’t know for sure whether it delays aging in humans, but the current evidence is pretty good, and I think it’s safe to take it as long as you’re healthy. We don’t know about pre-existing diseases, but more importantly, what’s overdue is a prospective intervention trial with glucosamine to finally get definitive evidence of whether it has an effect on human aging or not. Just like we’re doing with metformin. But that will cost a lot of money, and it will have no return on investment for an IP-protectable product. It will be interesting for health insurers, as well as individuals or states that want to improve health in the elderly, but you can’t make a lot of money with it because it’s so freely available.