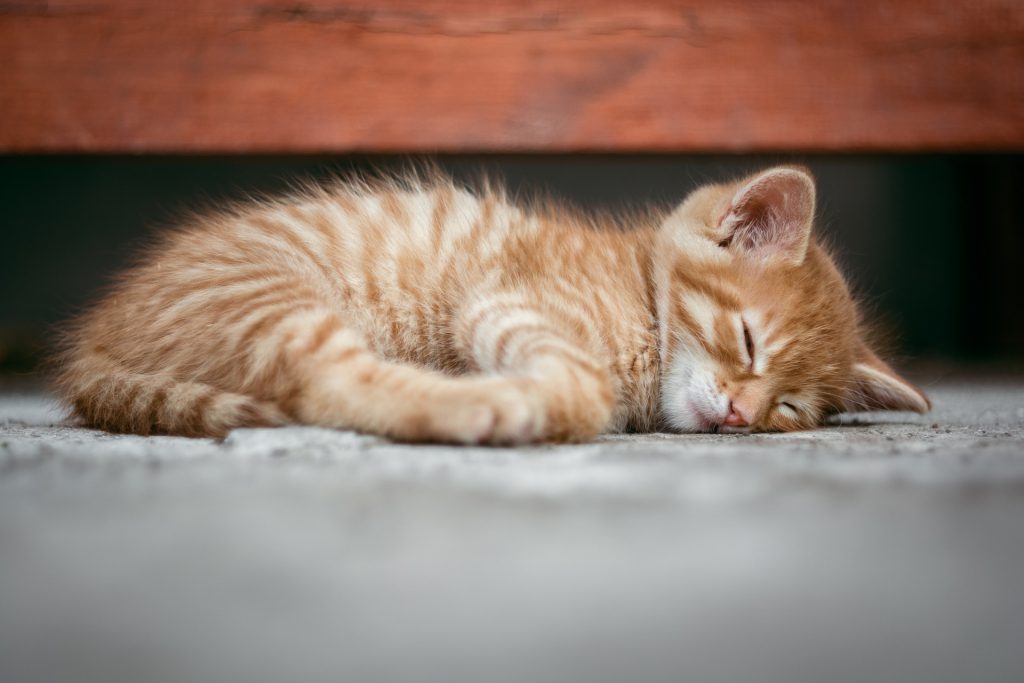 Sleeping is so easy you could, well, do it in your sleep. For now, anyway – you may not always have it so good. By our twilight years many of us will find that high quality sleep eludes us most nights, with frequent awakenings and a bit of insomnia thrown in for good measure. But that’s just scratching the surface. Use an EEG to look a bit deeper, and the picture looks even worse: while young adults spend roughly 20% of their time asleep in the slow wave phase critical to repair and memory consolidation, by middle age this declines to 3.4%.

Slow wave sleep is one of the three stages of NREM (non-rapid eye movement) sleep, and is colloquially called “deep sleep”. Though much about sleep and its functions still remains mysterious, including the exact nature and necessity of REM sleep, scientists are confident that slow wave activity is central to a large fraction of the benefits we observe after a good night’s rest. It’s during this phase that the brain performs many important maintenance tasks, such as cleaning up misfolded proteins, restoring glucose for later use and reinforcing synaptic connections. Unlike with REM, people who are selectively deprived of this type of sleep fare worse on tests of mental performance, and also tend to report fatigue and unsatisfying sleep.

Not only is the amount of time spent in slow wave a cause for concern, but the waveform itself may be disrupted in aged brains. Delta waves, the slow, high amplitude oscillations that synchronize bursts of neocortical activity followed by periods of stillness, are the characteristic marker of slow wave sleep, but their peaks and troughs are less extreme in the elderly. These aging changes are especially noticeable in the prefrontal cortex, an area integral to planning, decision making and many other higher functions.

… according to folk wisdom. But is it true? They may feel less sleepy than young adults after sleep deprivation, and their performance on vigilance tasks does suffer less. But even well-rested old people only do about as well as sleep-deprived young people on vigilance tasks, suggesting that there may simply be a floor on performance. And subjective sleepiness may be a less illuminating indicator than we’d hope. In general people appear to feel less sleepy after chronic sleep deprivation than after just a few days of it, despite objective measures telling a different story.

Sleep deficits in the elderly are linked with poor performance on verbal memory and other cognitive tests, even controlling for influences as diverse as cardiovascular disease, medication state, depression and anxiety. This fits with our picture of NREM as the time for both consolidating and transforming memories gathered over the course of the day into long term memories, as well as preparing for the next day’s memories. And its benefits don’t stop at learning: every system in the body, from the immune system, to metabolism, to endocrine function, relies on proper sleep to keep things in balance.

Memory issues in the short term may just be the beginning. Over time, the buildup of damage from malfunctioning systems may trigger the king of memory problems: Alzheimer’s disease. Sleep problems are one of the earliest signs of Alzheimer’s, emerging well before the classic diagnostic symptom of forgetfulness. Depriving brains of sleep increases production of the toxic amyloid-beta peptide linked with Alzheimer’s, as well as impeding its removal. During NREM sleep, glial cells shrink down to 60% of their size to allow cerebrospinal fluid to sweep away toxins and metabolic waste, clearing amyloid-beta from the brain twice as fast as when we’re awake. Cutting down on this sleep phase makes harmful accumulation more likely. Even more alarming is the data showing that it may also work the other way around: increasing amyloid in rat brains interferes with their NREM sleep, creating a vicious cycle. 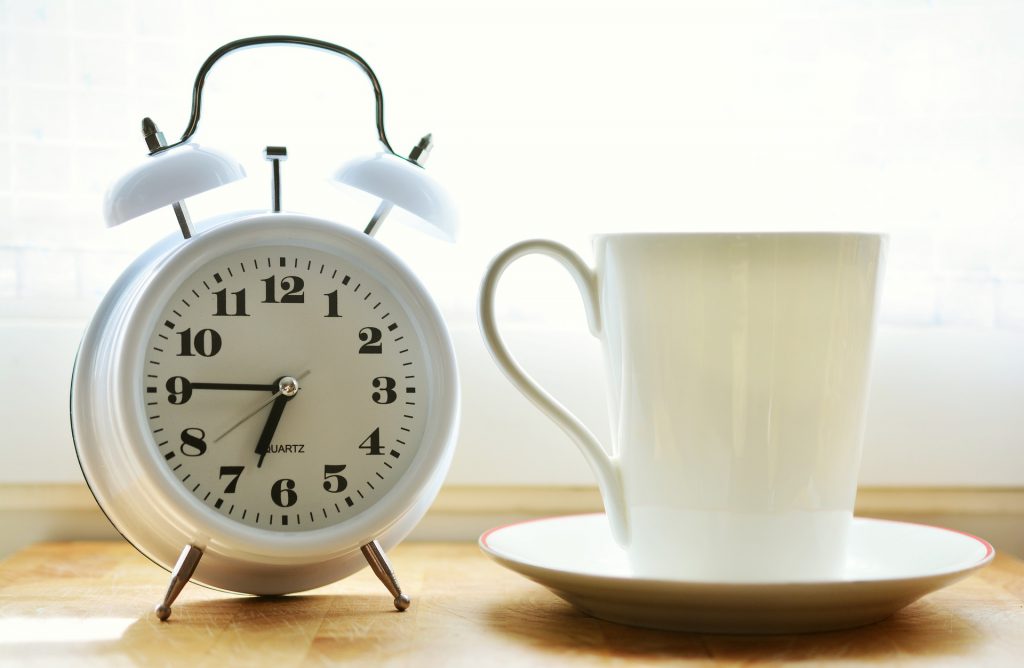 When sleep clocks out

Of course, just like every other facet of biological aging, not everyone’s sleep quality declines to the same degree. Conditions that become more prevalent with age, like sleep disorders, obesity, restless leg syndrome and chronic pain, may contribute to the differences between individuals in sleep quality. However, it’s unlikely that this is the full story.

The prime candidate is body’s metronome, the circadian clock, which coordinates the timings of processes throughout the body. These vital rhythms lose their strength with age, disrupting the performance of any functions that rely on them, chief among those being the sleep-wake cycle. As the rhythm weakens, melatonin secretion decreases, nighttime cortisol is elevated, and the normal drop in body temperature seen in healthy adults during sleep is less evident. Such changes tip the delicate scale away from deep, restful slumber, toward sleep that’s shallow and fragmented.

Evidence of this mechanism can be traced all the way back to the fruit fly Drosophila, whose circadian clocks share many features with ours, including a weakening with age and a corresponding drop in sleep quality. Interestingly, this effect can also be produced in young flies via oxidative damage. When exposed to an oxidative stressor, flies bred without the protective protein FOXO will soon see their sleep-wake rhythm break down, and old wild type flies exposed to the same stressor will find that their rhythm declines more quickly. This may indicate that oxygen radical damage, hypothesized to be a major driver of biological aging, is the precursor to the circadian clock winding down in old age.

Hormones add a further complication. They’re known to rise and fall with sleep cycle, testosterone in particular, which begins climbing at the onset of sleep. But around 30, circulating testosterone starts to drop a percentage point or two per year for men, possibly explaining the discrepancy between young men, who report better sleep on average than young women, and older men, whose sleep falls behind that of older women.

This effect is thought to be related to declining levels of neurons in the hypothalamus that express a peptide called galanin. Galanin inhibits neurotransmitter release and may initiate and maintain sleep, as well as regulating sleep cycles. While men have more of these neurons early in life, they also lose them more rapidly. In fact, castration or artificial androgen suppression can produce this same result on a shorter timescale, which can then be reversed by treatment with testosterone.

Testosterone can also suppress the effects of cortisol, which tends to push brain waves away from the slow oscillations of delta waves, toward the faster frequencies of shallow sleep and waking states. Cortisol levels increase with both stress and age, compounding the effects of falling testosterone.

Of the numerous pharmacological sleep aids on the market, none are very promising. Most sedatives inhibit slow wave sleep, and even the GABA-targeting drugs that are intended to enhance NREM interfere with the slower frequencies necessary for really deep sleep. Unsurprisingly, none of these have been shown to benefit memory, and have occasionally even been found to worsen it.

The future may be in transcranial direct current stimulation. At least one study suggests that tDCS used in young adults improves slow wave sleep and almost doubles overnight memory retention. Similar results have been found in the elderly and individuals with psychiatric disorders linked to impaired slow wave activity, such as ADHD and schizophrenia. No consensus on its effectiveness has been reached, however, and its long term effects are as yet unknown. Unlike heavy duty pharmacological interventions, though, its relative safety, easy of use and minimal side effect profile make it an attractive target for future inquiry.