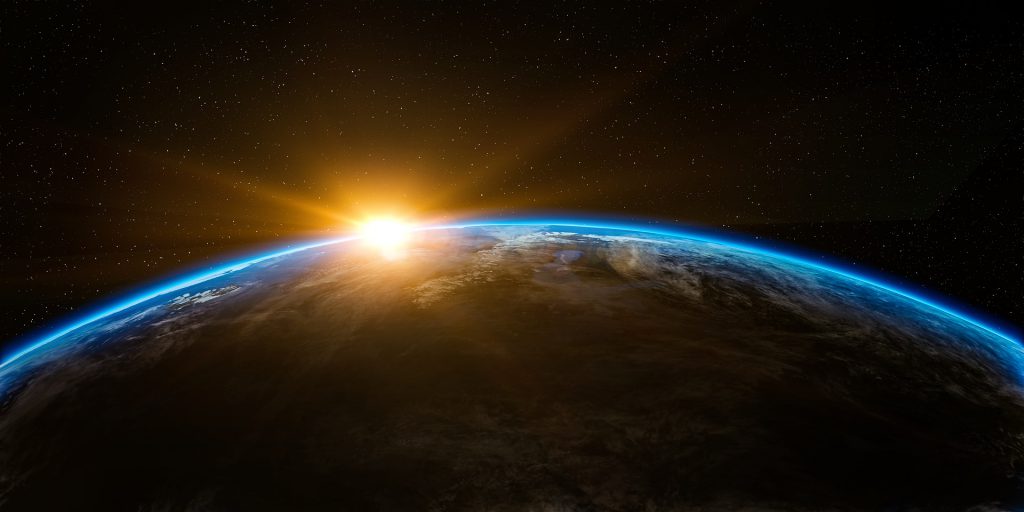 People have been talking about terraforming and colonizing Mars since the beginning of space travel, and in the past few years that ambition seems to have gone mainstream. But if we want to conquer the “final frontier” of space, we must first confront that other final frontier.

Because, as it turns out, the problem with space isn’t just that no one can hear you scream. The real problems are much more mundane, and will be especially familiar to people of a certain age: muscles and bones wasting away, a poorly functioning immune system, the looming specter of cancer. Right now astronauts deal with the problems of microgravity with special exercise regimens, but they have little in the way of protection against galactic cosmic rays, an especially dangerous source of radiation. In fact, just one leg of the trip to Mars would expose astronauts to more than half the radiation they’re allowed for their entire career.

Spacecraft currently aren’t equipped to handle this risk for their passengers–our shielding technology just isn’t good enough to deter the high energy particles found in cosmic rays very well, and it’s not clear when it will be. Instead, we may have to take a biological approach, fighting the damage of radiation in the body rather than the radiation itself.

So here’s how radiation makes itself felt in your cells: it can either interact with DNA directly, causing serious damage like single or double strand breaks, or it can interact with water molecules to produce ROS, which stick around to harm DNA and other cellular components.

Naturally, enough of this kind of damage outright kills cells, or at least causes them to senesce and cease replication. As anyone who’s undergone radiation therapy for cancer can tell you, this effect is especially unkind to the immune system, wiping out disease-fighting cells and devastating the tissues that supply them. This likely explains the curious amplifying effect that space seems to have on infectious disease, as well as the odd state that astronauts’ immune systems have returned in for decades.

Since the consequences of radiation are so similar to aging, it’s unsurprising that many of the same pathways associated with aging also respond to radiation damage: familiar faces like mTOR, p53, and FOXO, to name just a few. Happily for spacefarers, there’s already a class of interventions targeted at this kind of damage.

General geroprotectors are likely to be unusually beneficial for astronauts, but several types of compounds may be particularly well-suited to the job. ROS scavengers like glutathione have already proven to be helpful in protecting human cells against gamma radiation, and may be capable of mitigating some of the DNA damage caused by cosmic rays. And boosting levels of NAD+, used as a cofactor for a crucial protein in DNA repair, could empower cells to rebuild in the wake of disaster.

Space travel presents a perhaps more serious risk in the form of cells scarred by radiation, yet alive and viable. The kind of DNA damage irradiated cells have sustained is unusually tricky to repair, which primes them for potentially carcinogenic mutations.

Compounding this danger is the curious pattern the DNA lesions tend to form in space. Unlike Earthly radiation, cosmic rays contain a small percentage of incredibly dangerous “HZE”, or high energy, ions. While most radiation causes diffuse damage spread over the entire area of an exposed cell, creating lesions in random locations, HZE ions penetrate the cell like a laser beam and concentrate the damage in a few close-by areas. This means that regions of the genome have multiple double strand breaks nearby to each other, which are virtually impossible for our evolved DNA repair machinery to deal with properly, and almost guarantees dramatic mutations in cells that survive.

One strategy under consideration for this problem involves overexpressing ordinary DNA repair genes via gene therapy, which in animal models has given somewhat mixed results: in some cases it improved their ability to recover from radiation-induced DNA damage, but in others it increased genome instability.

A similar strategy with the potential to yield better results may be found in organisms like the tardigrade, a small club of extremely hardy species that evolved to withstand radiation exposure. These creatures can endure radiation doses several orders of magnitude higher than the lethal dose for humans, and finding the genes that confer such incredible protection might allow us to beef up our own cells with them. This has already shown some promise in human cultured cells expressing a tardigrade protein, “Dsup”, that were about half as vulnerable to radiation damage as ordinary cells.

But why spend the time repairing tired old cells when you could just replace them with brand new ones? Given the pace of progress in the field of tissue engineering, the reality of working tissues and organs grown from a patient’s own cells isn’t far off. A more recent possibility goes by the name of “Induced Cell Turnover” and involves periodically killing off some small fraction of a patient’s cells, which are then replaced with the help of pluripotent stem cells administered in any of a number of ways.

Of course, these techniques have also been proposed to treat more terrestrial forms of aging. But the accelerated damage astronauts face would probably necessitate shorter timescales for tissue turnover, in order to stay one step ahead of potentially cancerous radiation damage from cosmic rays.

And this intersection of interests brings us to an important question: Could geroscience and space research form a useful partnership to further each other’s goals? The aging field has already has its nose buried deep into questions that are beginning to matter to would-be interplanetary explorers, and may have compounds, interventions and insights to help with that long, dark journey. In turn, spacefaring may offer geroscience a unique opportunity for drug discovery and testing, especially in the realm of cancer prevention.

Besides the potential for short term gain, though, these two disciplines share an ethos at a deeper level. Ask aspiring Martians what would be better than living on Mars, and a fair few of them would probably say–living on Mars forever.