Prof. Hartmut Geiger is an internationally honoured stem cell researcher currently directing the department „Molecular Medicine“ at the University Ulm. His research has focused on the hematopoietic system early on and he worked at the University Freiburg and at the Cincinnati Children’s Hospital Medical Centre. The Geiger lab is now a tackling how adult stem cells are regulated in health, disease and aging. 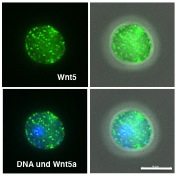 Prof. Geiger, we want to explain your research to a broad audience. Can you explain your main focus in simple words?

The main focus of our research is constructed around the question: Is aging reversible and what are the molecular basics of stem cell aging? We are mainly dealing with the hematopoietic system and the adult stem cells within this network.

As hematopoietic stem cells age their signaling behaviour is shifting and ultimately their regenerative capacities decline. This could in turn influence the aging process of the whole organism, since the hematopoietic system is everywhere in the body and also plays a key role in immune responses.

What drove you towards aging related research and how do you personally define the aging process?

I started my academic work dealing with plasticity in hematopoietic stem cells during developmental stages. Later I got the impression that later time dependent processed are more interesting and so I switched to the field of stem cell aging.

The aging process is a big challenge for society nowadays. People have a higher life expectancy and many diseases are related to older age. An on going disease state is extremely cost intensive so basic research is needed to find ideas how a healthy aging process can be achieved. It is important to bring awareness how many unanswered questions still lie in the field of aging research rather than make false promised about life span extension.

How can we imagine the aging process of an adult stem cell?

One can imagine stem cells like a fabric where new cells of various types are made. Hematopoietic stem cells give rise to all blood cells including monocytes, macrophages, T cells and B cells. This cell manufacture works fine in young stem cells. As the stem cells become older the structures inside of the cell are still the same, just ordered in a slightly different way. The cell fabric is still working but slower and less efficient. Everyone knows the experience that works is harder to be done in an unstructured environment.

My lab is interested in the protein Cdc42 – belonging to the class of small RhoGTPases. This protein becomes hyperactive in aged stem cells and increases the “disarray” inside of the cell. Genes are expressed at the wrong time point and the cell function is disturbed progressively.

What is the most impressive thing you’ve learned about aging?

Already some time ago, impressive experiments were conducted in the field of stem cell research. It was shown that old stem cells can be transferred back to an embryonic environment and thereby the stem cell phenotype also was restored to a juvenile state. Simply, the stem cells acted like they were young again. So one could conclude that the niche surrounding the stem cell has an important role in the cellular behaviour.

As a group leader I was excited about the results we got about how Cdc42 regulated cellular polarity. It was clear that we should presume with this experimental design. 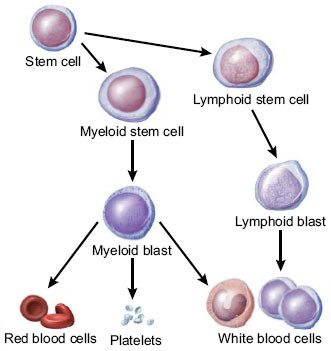 The immune system has many different types of cells in it – Do they all age the same way?

Immune cells do not all age the same way. For example upon aging, you will have more memory cells, but less naive cells.

How do we measure whether our hematopoietic stem cells are “old”?

Good question: we will need to use markers and functional assays. The functional assay is transplantation. A very reliable novel maker has been our polarity / apolarity marker. Gene expression profiling seems to be actually somewhat tricky.

Has anyone been able to “de-age” HSCs?

We were able to de-age HSCs (rejuvenate aged HSCs), by interfering with the activity of a protein called Cdc42. We got a small molecule compound that is able to do that.

In general, the development of a new therapy from basic research takes a long time. Nonetheless, basic research is essential since there are still so many open questions in the field of aging stem cells.

My lab is not looking for a way to increase life span but to ensure a healthy way of aging. In the future our work could shed some light into immune deficits of an aging organism or help patients with leukaemia. But it is still a long way.

What do you think is the most important goal of age-related research today? Do you have an advice how scientist should design there future research?

I experienced that only a few young scientist are attracted to aging related research, since they are still young and dynamic. Also aging-related biology is not thought directly at university and one must try to integrate it into the schedule. Upcoming scientist have to be actively recruited and motivated. Nonetheless, the science of aging holds many unsolved coherences that should be addressed in an integrated fashion.

To combine her creativity and with the idea to make a lasting positive impact, Julia studied biochemistry in Frankfurt, Stockholm and Cambridge. She is currently completing her PhD at the Leibniz Institute for Neurobiology focusing in aging process in the mammalian brain. "When do good proteins turn bad" is the main interest in her research and she is excited to share the science of aging to a broad audience.