Dr. Collin Ewald studies aging with the help of the roundworm C. elegans, an invertebrate with an already illustrious scientific career stretching back to the 1960s. His lab at ETH Zurich uses the little worm to peer into the molecular mechanisms of aging, the most promising findings of which lie, according to Ewald, in the extracellular matrix.

Dr. Ewald, humans are obviously very different from worms. What can we learn about the human aging process by studying them?

There are fundamental biological processes that take place in any organism. We all come from a single ancestor cell, and in nature, when a mechanism works, it gets used again.

I like to compare the aging process with the functionality of a car. For example, rusting can be compared to the oxidative stress that erodes macromolecules of the cell over time. The damage that results from a faster metabolism can be compared to a heavily used engine. When a motor runs fast all the time, it wears down faster, but this can be influenced. Take two cars that were built in the same year and had similar usage, one maintained properly, one not. The first one could be a classic car that still runs smoothly, and the latter one would be rusting in a junkyard.

Now the aging field has realized that cells have built-in mechanisms that constantly renew and fix damaged parts, similar to the well-maintained car. But these protective and maintaining mechanisms are progressively lost during the aging process, and consequently enormous efforts have been focused on studying how to maintain cells. Our lab tries to find out how these repair mechanisms work and why their function decreases over a lifespan.

The worm is like an early model car–fairly simple compared to humans, who would be like a Ferrari in comparison, but fundamental processes like how a steering wheel works or what function the tires perform stay the same. In other words, they are conserved. You can study these processes in the simpler older car just like we do with the worm. 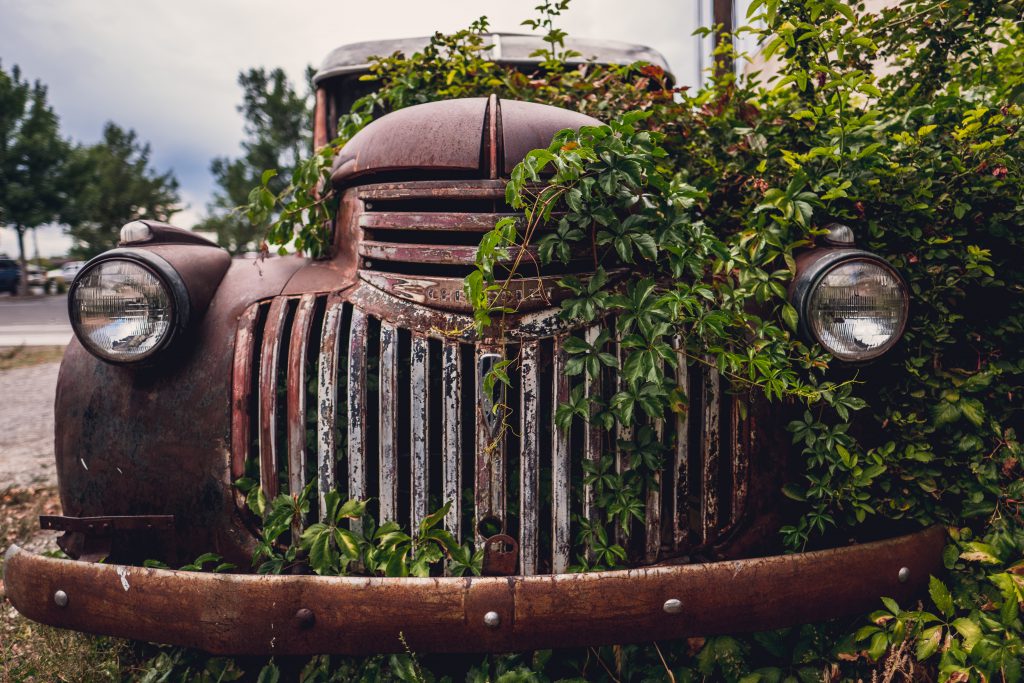 The fundamental processes discovered in C. elegans have had major implications for molecular biology and earned several Nobel Prizes. Apoptosis was first molecularly described in C. elegans, which was awarded the Nobel Prize in Medicine in 2002. The second Nobel Prize, in 2006, involved the molecular mechanisms of RNA interference.

Your lab investigates the role of the extracellular matrix (ECM) in aging. How did you come to pursue this approach?

But what is the ECM? And what does it do?

Think of a building, where the rooms are individual cells. Between the walls there’s all kinds of stuff, like the iron framework, the water and wastewater pipes, and the scaffolding that holds the building together. All of this is the extracellular matrix. During aging, damage occurs like rusting or leaks. Now, if there is a maintenance person to repair the damage and renew broken parts, the building will last a long time and be resilient to stressful situations–for example, a hurricane. But if the maintenance is poor, things will start to fall apart or water could leak into rooms through broken pipes. Such a building probably wouldn’t withstand a hurricane.

Hence, maintaining the ECM that surrounds cells, organs and tissues is important to ensure the proper function of the organism. We can easily see when maintenance of our ECM declines: we have visible signs on our skin such as wrinkles, which are due to age-dependent damage to collagen and the loss of collagen mass. Collagen is a major constituent of the ECM, making up one third of all the proteins in your body.

There’s a second reason maintaining the ECM is important. Going back to the building analogy, if the building for example houses a company, there are people working in each of the rooms, just like the proteins in the cells do. These people have to communicate with their colleagues in other rooms with something like a phone line or a pneumatic tube system. If the infrastructure is damaged, the phone lines may get cut off or the pneumatic tube system could come to a hold, leading to loss of communication. Similarly, in a multicellular organism, damage to the ECM will result in loss of intercellular communication, and this is a hallmark of aging. 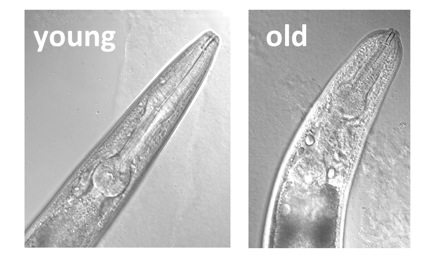 Imagining that the sensory neurons in C. elegans are the managing control center of the company, if communication with this control center is lost, that affects the aging process. In the case of C. elegans, we can trick the control center, or rather the neurons, and just slow down aging in these cells, which leads to a systemic effect of slowing the aging process in all other tissues. But to achieve this, the information has to travel through the ECM.

How can your findings about the extracellular matrix be translated to humans?

Because long-lived animals and humans somehow prolong the biosynthesis of ECM components, there could be a conserved fundamental mechanism. At our lab, we are working hard to uncover how this mechanism works. I don’t think there’s going to be a one-to-one translation of our findings to humans, since humans have more features in the ECM than worms do. However, the basic mechanism that protects the ECM during aging might be the same, and if we understand this, we have a clear target to reactivate it. It’s similar to the case of the molecular targets of apoptosis, which were first revealed in C. elegans and later in mammals. It wasn’t a straight, one-to-one translation, but they did know what to target.

The hope is that it would be beneficial in protection against many age-dependent diseases. I can imagine that one direct effect will be for Alzheimer’s disease. In the extracellular space between neurons in the Alzheimer patient’s brain, there is accumulation of a short protein called beta-amyloid that forms amyloid plaques and is toxic to the neurons, leading to neurodegeneration and loss of memory. These plaques start to accumulate in old age, around 65, suggesting that some process to clear these plaques is lost.

Finally, what drove you to aging research? And what’s the most striking thing you’ve learned from it?

First, I was interested in molecular biology. During my master’s studies at the Friedrich Miescher Institute in Basel, Switzerland, my mentor Joy Alcedo’s lab was working on how the environment is perceived by neurons and how they integrate this information to affect the lifespan of the whole organism. For instance, in C. elegans, laser ablation of certain sensory neurons can either prolong or shorten lifespan.

In parallel to that, I learned of a study where people were instructed to meditate for just 20 minutes a day for six weeks, and this changed their gene expression and improved how they perceived stress and their general wellbeing. Because I came from molecular biology, I was struck that by simply altering what you are thinking, you could change the expression of the genes in cells. To understand this further, I went to New York to do my PhD in neuroscience with Chris Li, working with C. elegans to study Alzheimer’s disease.

But later I realized, why just work on one disease? Age is the major risk factor for Alzheimer’s disease, cancer, cardiovascular problems, and type II diabetes. So I went on to do my post doc with Keith Blackwell at the Joslin Diabetes Center. 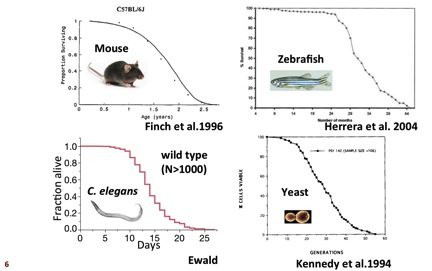 Aging is universal and plastic. Even single celled organisms like yeast age. When these organisms replicate by dividing themselves, the “mother cell” keeps all the damaged macromolecules, leading to its death over time. But what really struck me about it was that the lifespan curve of yeast, bacteria, a little worm like C. elegans, a fruit fly, a mouse, a fish, a dog or a human all look the same. Only the time axis is different. For instance, a mouse is the same size and looks similar to a bat, but mice live just three years, while a bat lives 15, suggesting that aging is plastic.

To combine her creativity and with the idea to make a lasting positive impact, Julia studied biochemistry in Frankfurt, Stockholm and Cambridge. She is currently completing her PhD at the Leibniz Institute for Neurobiology focusing in aging process in the mammalian brain. "When do good proteins turn bad" is the main interest in her research and she is excited to share the science of aging to a broad audience.