Last Wednesday I attended the Buck Institute’s workshop on AI and Longevity, where speakers from several different organizations discussed how they were using machine learning to advance different aspects of medical discovery. Uses for AI in aging include creating new drugs, finding new uses for existing drugs, and discovering new biomarkers–all of which are important for improving the current drug development cycle, which is long and expensive.

The Buck Institute itself was established in 1999 and remains the only independent anti-aging research center in the world. Its goal is to fight the diseases of aging by approaching them holistically, as opposed to traditional organ-focused research.

A primer on deep learning

All neural networks are “trained” on sample data before being given problems to solve. For example, the classification network would be fed thousands of pictures labeled either “cat” or “not cat”. The regression network would be fed hundreds of homes with their statistics and sale prices (and the amount of training data necessary is shrinking all the time). The trained network is then fed the same type of data (a picture of a cat, housing statistics) and attempts to give the answer (the label, the sale price).1

The long march to market

The driving motivation behind every talk was the difficulty of discovering new medications. It takes 5,000-10,000 starting compounds and 10 to 15 years to bring a single medication to market. The time cost is even higher for anti-aging treatments, which require a very long trial period to see results. This is especially bad because the clock on a drug patent starts at the beginning of the pipeline, not when the drug is released to market. If a drug takes more than 20 years to prove its effects–which an anti-aging treatment very well might–there is no way to recoup investment costs. 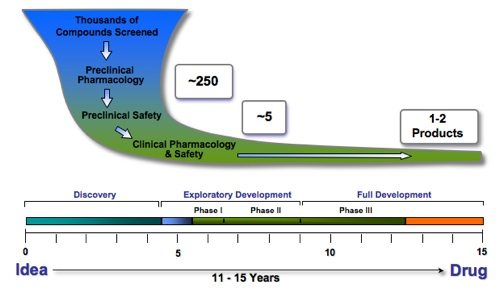 Many companies are using AI to attack the first stage of the drug pipeline: identifying promising compounds. This can be done in several different ways.

While all of the companies that spoke at the workshop target aging, there was nothing aging-specific about their use of neural networks; these are very broad, very new tools that are being used opportunistically. However, everyone present at the Buck’s seminar on Wednesday was very hopeful that these techniques will soon lead to new discoveries in anti-aging medicine.

Newer PostVideo interview with James Peyer: Longevity science from bench to clinic, and everything in between
Older PostOxidative stress response: One of the many jobs of tumor-suppressor p53