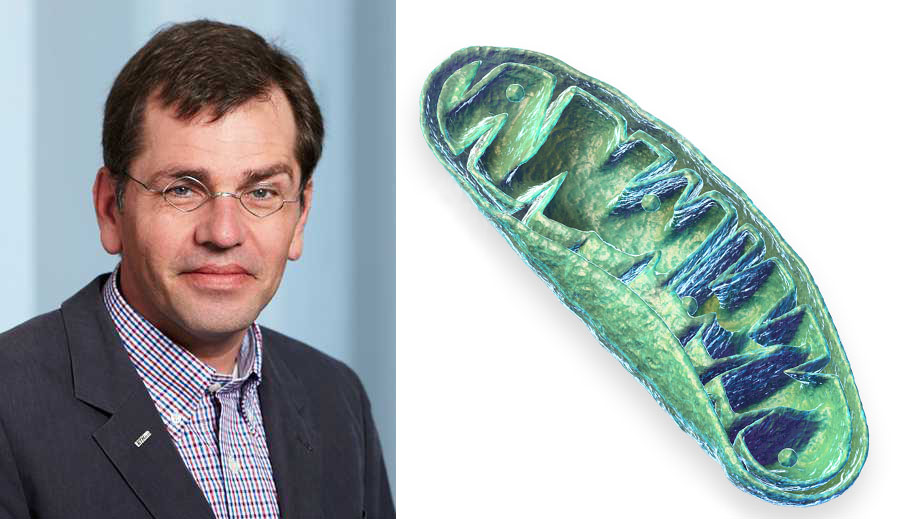 Dr. Michael Ristow, a professor of energy metabolism at ETH Zurich, bases much of his research into aging on a premise that many of us will find surprising: the free radicals that our cells produce while making energy are not only not harmful, but can even slow the body’s aging down. But while that might surprise us, it’s no secret to the many aging researchers who investigate a phenomenon known as hormesis, a principle we all exploit (whether we know it or not) when we exercise, go on a diet, or hit the sauna. So what’s really behind this effect–and more importantly, how can we leverage it for human health?

Dr. Ristow, how is energy metabolism relevant to aging?

So my background was clinical medicine, where I specialized in diabetes and obesity, which are obviously closely related to metabolism. And in my lab we started getting more and more focused on mitochondria and converting nutrients into cellular energy, which lead to interest in aging. At the time, the free radicals, or reactive oxygen species, that mitochondria produce was assumed to be a byproduct which served no purpose, or rather did damage.

Right, the “free radical theory of aging”–where is that theory at now?

So in the 1990s, evidence emerged that small doses of free radicals serve as signaling molecules in cells. And earlier data from the animal kingdom showed that hypoxia or other stresses produced free radicals to signal within a cell that danger was coming, and these signals would be processed and lead to a response. There was similar evidence from the plant biology field, where exposing a plant to external stress like lack of water or lots of UV light also produced free radicals to induce a defense response from the plant.

Around 2006 or 2007 we showed that in C elegans, these little worms you’ve probably heard of because lots of aging researchers work with them, that we could increase free radical production and that would make the worm live longer. An increase in free radicals promoting lifespan was in conflict with the free radical theory of aging, of course, and this was the first publication ever to show that this was the case. A little later a number of labs published similar findings, including David Gems in London, Gerald Shadel at Yale, and Siegfried Hekimi in Montreal.

If normal amounts of free radicals aren’t harmful, what’s the story with antioxidants?

Well, this was an important issue we looked at a bit later in 2009. Antioxidants like vitamin C, vitamin E, and so on can directly inactivate free radicals, and that’s why they’re widely used as supplements. So we teamed up with an exercise physiology group and ran a randomized controlled trial where we gave young men in their mid-20s the kind of antioxidants that you can buy in any supplement store, and then for four weeks they would exercise under supervision everyday for two and a half hours. Then afterwards we quantified a number of parameters, including insulin sensitivity, or the ability of one’s body to metabolize glucose.

It’s been known for about 50 years that regular exercise improves glucose metabolism, but it wasn’t really clear why. It’s also well known that exercise produces free radicals, which was already surprising because exercise is probably the most healthy intervention a person can use, and that conundrum lead us to the hypothesis that the increase in free radicals would explain the health-promoting effects of exercise. And we tested this by seeing whether the antioxidant supplementation would kill the effects of exercise in humans, and that was exactly the case–the guys who got the placebo showed the expected effects of exercise on metabolism, and the guys who got the antioxidants had almost none of the effects.

There were many follow-up studies, and some of them didn’t see the effect as strikingly. But none of the studies found any positive effects from antioxidants, and many studies did confirm our findings. So this was my second line of evidence about ROS.

Why do we all still think we should be taking antioxidants?

That’s a good question, because it gets even worse.

Since the mid-1990s, there have been large studies in famous journals like the New England Journal of Medicine and the Lancet and so on, which had to be terminated because they observed that specific antioxidants like vitamin A and beta-carotene would increase mortality if taken long term. So there were several independent studies which already rang a number of bells, and then in 2004 there was the first huge meta-analysis published in the Lancet that showed that antioxidant supplementation increased cancer rates for many different cancers, including lung, stomach, colon, and so forth.

About six or seven years later, this group in Denmark led by Christian Gluud had even more data available from the public domain, and they found that antioxidants increase all mortality. Meanwhile, experimental groups like Martin Bergö in Sweden have shown that antioxidant supplementation in mice increases cancer and metastasis rates. The evidence out there is very straightforward and very bad for the antioxidant industry, but it’s widely ignored. Consumption has not decreased for years, but at least it’s not increasing.

Now there are reasons for that on many different levels. One is that you’ve probably learned in school that antioxidants are good and they’re what makes fruits and vegetables healthy. Then there were famous people in the ‘70s and ‘80s like Linus Pauling, the double Nobel Prize winner, who promoted antioxidants, so of course that also had an impact. And then the food industry needs antioxidants, because all processed and precooked food tends to deteriorate when it comes in contact with oxygen, so they have to supplement the food with antioxidants just to avoid decay and make it look good. Of course, the industry doesn’t like to tell you they put chemicals in there, so they call them antioxidants and claim they do it for the health of the consumer.

Another problem is that there are different types of antioxidants, and the public can’t distinguish between them. There are direct antioxidants that really react with free radicals, like vitamin C and E and a few others, and then there are indirect antioxidants, which actually induce oxidative stress. A prime example is polyphenols, like EGCG from green tea, or the compounds that make berries blue or purple or red, which are all pro-oxidants because they cause oxidative stress. So these guys induce antioxidant defense in the body like exercise does, and they really are healthy. But since they’re all called antioxidants, the average consumer doesn’t distinguish between them and can’t tell the good from the bad.

The message I want to get across here is that the best case for antioxidant supplements is that they’re harmless, like vitamin C. If you have too much vitamin C, you’ll just excrete it through the kidneys and no damage is done. But other antioxidants like vitamin E, vitamin A, beta-carotene, these can become a problem, and they’ve been repeatedly shown to increase cancer, to cause cardiac problems like heart attack, and to reduce lifespan.

But we should drink green tea.

Oh, green tea is just perfect. Green tea extracts I’m not so sure about, because they have too much, which leads us to the concept of hormesis, or nonlinear dose response. Green tea extracts have huge amounts of polyphenols, like a thousand fold what you get from drinking green tea, and since polyphenols eventually get toxic, these can kill people.

So it’s like with free radicals: at low doses they’re good, but at high doses, which you’d get if you worked at Fukushima, or were exposed to radiation, or had certain mitochondrial diseases, they get damaging. And the same thing applies to compounds like polyphenols, because in high doses they produce so many free radicals that they become harmful and cause things like liver failure.

This concept is called hormesis, and it was established as long ago as ancient Greek medicine, as well as India and China thousands of years ago, and then it was written down for the first time by Paracelsus in 1570–the dose makes the poison.

So polyphenols are healthy because they induce this free radical-related stress response–how exactly does that work? What’s the mechanism?

Well, it’s not one single mechanism, but a number of overlapping mechanisms. The most relevant one is probably Nrf2 signaling (nuclear response factor 2), which is a free radical-sensitive transcription factor. So an increase in free radicals in the cytosol activates Nrf2, and then it gets translocated to the nucleus and activates a large number of defense genes that can inactivate oxidative stress, but also activate other defense mechanisms like DNA repair.

It works like this: when Nrf2 is inactive, it’s located in the cytosol. But when it comes in contact with a free radical moiety it becomes oxidized, which allows it to enter the nucleus and activate transcription of all those genes that have a response element for Nrf2. These response elements are in the promoter regions of the genes controlling antioxidant response, but also many other genes.

And these are genes for things like DNA repair and endogenous antioxidants?

The reason is that with antioxidant supplements, you don’t get the cascade of increased reactive oxygen species, which affects not only the antioxidant defense genes, but also cancer prevention genes, maintenance of the stem cell pool and so on–all of these depend on ROS signals. So the response to an endogenous ROS signal is broader than just antioxidant defense, and it affects many pathways. Evolutionarily speaking, it’s an indicator for harsh environmental conditions–for example, energy deprivation and caloric restriction induce oxidative stress–and it makes perfect sense to trigger a cascade of many types of genes to be as broadly protected against a harsh environment as possible.