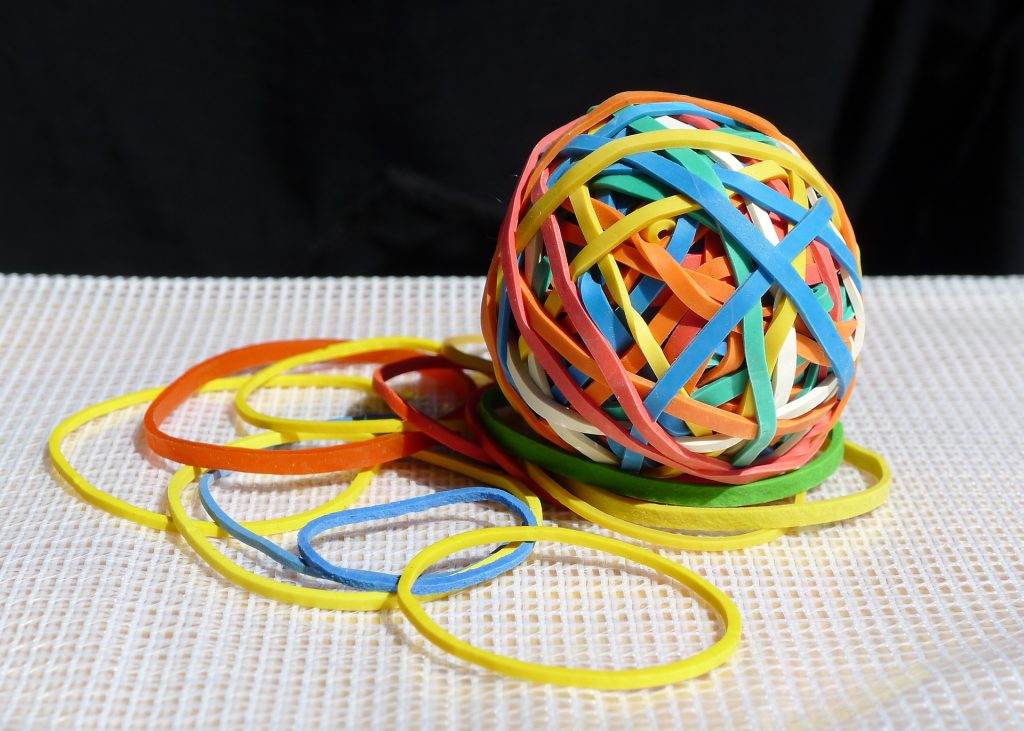 Imagine pulling a rubber band taut and flicking it with your finger. As long as you don’t flick too hard, the rubber band will always snap back into its original position, hardly any different from when you started. But what if with each small flick of your finger, the rubber band learned to expect more like it and became stronger? While such properties are hard to find in the inanimate world, they’re commonplace among biological systems, and they go by the name of hormesis.

In hormesis, minor stressors cause a response that kicks repair functions into gear to protect the system from future damage. If you exercise or diet, you already use this process to your body’s benefit, and the positive effects of moderate alcohol consumption on lifespan are also thought to be due to hormesis. Other proposed hormetic effects come from more surprising sources. Some researchers think that mild irradiation can boost our body’s DNA repair mechanisms by causing a low level of DNA damage, lowering the risk of cancer years later. Of course, the most important thing to bear in mind with any hormetic effect is dose – while the right one can cure, the wrong one will kill.

Rev up your engines

This paradoxic effect is why a process called ‘mitohormesis’ can seem to contradict a widely held theory of aging while actually supporting it. The free radical theory of aging states that oxygen free radicals (reactive oxygen species/ROS), though necessary in small amounts for diverse signaling purposes, are an important source of age-related damage, especially to DNA. One of the main sites of production of these reactive molecules is the mitochondrion, where they’re a natural byproduct of the mitochondrial respiration responsible for a cell’s energy. As you might imagine, increasing the amount of ROS in a cell increases the damage it undergoes–an extreme example is radiation poisoning, which in severe cases causes death in a matter of days. But increasing the mitochondrial production of ROS a small amount triggers a response that not only repairs the damage done by the excess ROS, but also raises defenses further to lower oxidative stress in the long term.

Mitohormesis may ultimately be behind the life-extending potential of two related interventions: glucose restriction, a form of dietary restriction, and metformin. Some data in worms suggests that metformin increases cellular respiration and, by extension, production of ROS. Furthermore, metformin’s benefits were nullified by blocking ROS signaling or administering ROS-combating antioxidants. Though these are also true of glucose restriction, what really ties the two together is their mechanism: AMPK.

The enzyme AMPK is able to sense when cellular energy levels are low, as they are under both glucose restriction and metformin treatment, and trigger a diverse set of responses. These may include activating the longevity-associated protein SIRT1 and the transcription factor FOXO. But most importantly for mitohormesis, AMPK prods the mitochondria to increase energy production, which in turn results in more ROS byproducts. Finally, these molecules function as messengers that alert the cell to bolster stress defenses.

If metformin is hormetic, what does that tell us? For a start, it suggests that there serious limits to its impact on lifespan. Hormetic agents tend to increase the mean longevity of a population, rather than increasing the ages that the very oldest members of that population can achieve. In humans we might expect such an intervention to decrease the number of years most people spend in poor health, without radically increasing life expectancy, a benefit not to be dismissed. But it’s unlikely to be the aging cure many are hoping for. The real question is: how does it stack up against the competition?

Newer PostDoes the sandman retire? Why old people sleep poorly
Older PostMetformin: Can you have your cake and eat it, too?