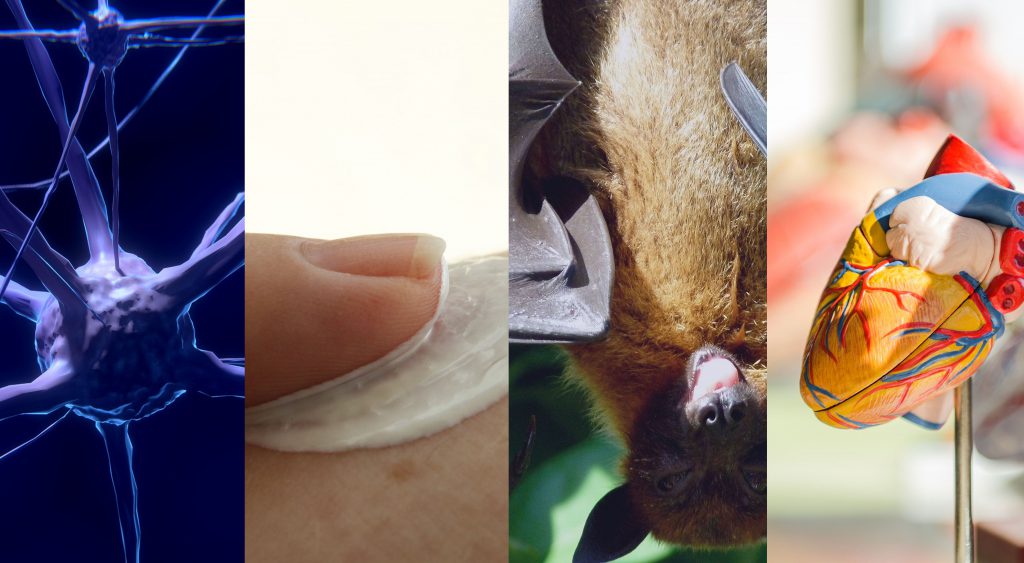 It looks like those clumps of tau protein that form inside the neurons of Alzheimer’s brains may actually be protective, and the real damage might instead come from tau oligomers.

If you take a major flesh wound to the emergency room for treatment, they probably won’t slather a metformin cream on you… but maybe they should.

Where will human lifespan settle once we stop treating diseases of aging like infectious disease, and start treating aging in its own right? Judging from animal models, an Israeli researcher thinks it will be around 140.

Can cellular senescence cause cancer?

We know lots of things about how worms, flies and mice age, and how to extend their lifespans dramatically. Unfortunately, these large effect sizes in short-lived animals don’t translate to humans particularly well. So how do we go about making experimental results more relevant to us? The answer might be bats.

We now have a gel that can cause heart cells to proliferate after injury by releasing certain microRNAs.

MHC class 1 acts as “window” into a cell’s health for the immune system, enabling T cells to destroy cells gone bad, but cancer uses this to mask itself from macrophages.

Inhibition of TOR may owe its lifespan benefits to RNA polymerase III. Decreasing the enzyme improved invertebrate lifespan by as much as rapamycin, with test subjects also enjoying better gut health and proteostasis.

Newer PostHow your ancestors’ lifestyle determines your lifespan
Older PostFOXO vs. a harbinger of neurodegeneration