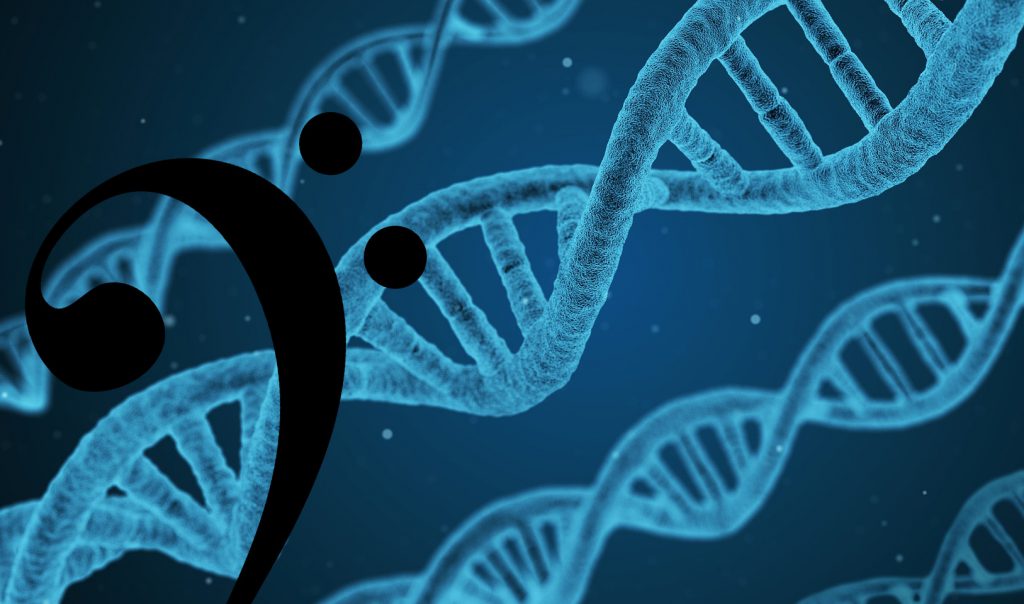 With three decades of experience as a professor of clinical medicine under his belt, Dr. Michael Fossel takes a fundamentally pragmatic approach to tackling human aging. It’s with this attitude that he has championed telomerase therapy, in the process writing multiple well-received books on the biology of aging and its clinical implications, as well as founding the journal Rejuvenation Research. But why focus on telomeres? When we spoke to Dr. Fossel recently, we asked him just that (in so many words).

Dr. Fossel, how does your view of aging differ from the standard, traditional model?

When a lot of people look it aging, they view it in a very simplistic way: “Well, things fall apart, what do you expect?” You’re accumulating amyloid, tau tangles, your collagen and elastin break down. But they’re thinking about it mechanically, not biologically. I’ll give you an analogy: I have a beautiful picture of a 1930 Duesenberg, and the car looks absolutely gorgeous–spot free, runs smoothly. If compare that to my five-year-old car, mine is in much worse shape. But the reason the 1930 Duesenberg looks fantastic is that five generations of absolute fanatics took care of it.

What happens with humans is that our rate of turnover comes down with age. If you look at beta-amyloid in regard to Alzheimer’s disease, for example, you find that the pool of beta-amyloid is dynamic. It’s continually being picked up, brought through the cell membrane, broken down, reconstituted, rebuilt, and put out again. But if you measure the rate of turnover in, for example, microglial cells with age, you find that the more senescent a cell is, the slower all of these turnover processes are–the rate of capture, the transmembrane translation, the rate of degradation. It’s not that beta-amyloid denatures and therefore you get plaques. Instead, as the rate of turnover goes down, the percentage of denatured molecules goes up.

Now if you’ve got, say, two ApoE4 alleles, your denaturation rate is higher than somebody with two ApoE2 alleles. That’s not a problem when you’re 20, because turnover is so fast. But when you get older, the turnover rate becomes slow enough that instead of having 5% of denatured beta-amyloid cross linking and forming plaques, now it’s 50%.

The same thing happens with bone. Right now wherever you’re sitting, you’re probably getting microfractures in your hips. That’s not a big deal–you get them all the time, and you’re continually remodeling the bone, so they don’t amount to anything important. But when you’re 80 years old and osteoporotic, the problem isn’t that you don’t have enough calcium and phosphorus. It’s that you don’t have any protein matrix to put it on, because you’re not replacing it as fast. That’s why if I break my arm as a two year old, 6 months later I can’t find the scar on the bone, but if I do that as an 80 year old, 20 years later it’s still sitting right there.

Another example is DNA repair. The four major families of DNA repair are: identify damage, cut it out, put in another base, and then essentially solder it in place. The rate of expression of all four of these goes down with age, so you’re slower to turn them over. In a mouse that rate goes down over two years, whereas for humans it declines over 80 years. Since all four of those families are multiplicative as they get turned down, the outcome of poor DNA repair is exponential with age, and you’ll see that same exponential curve in a two year old mouse or an 80 year old human.

This is true throughout the entire human body. Everything that you think of as aging or age-related disease is a dynamic process, and all of those processes slow with age. The Duesenberg doesn’t do well because it was well-made or because it had “great genes”. It’s the epigenetics, the turnover rate, that counts. And that’s why telomeres matter–telomeres per se aren’t important, but they modulate a slew of genes controlling turnover rate.

Do the changes in these regeneration processes occur when the cell senesces?

Well, there are all sorts of misconceptions, and one of them has to do with the term “cellular senescence”. For some people, it’s a black-and-white phenomenon: a cell is senescent or it isn’t. In a sense they’re right–when you get a non-dividing cell, everybody can agree it’s senescent. But a lot of us use the term “cell senescence” in the grey area between a normal young cell and a fully senescent cell.

And with regard to changes in gene expression, while it’s true that non-dividing senescent cells are markedly different, there are all sorts of subtle differences that occur long before a cell becomes fully senescent. Say that you’ve got 30 cell divisions in a young cell. About the time a cell has undergone 20 or even 15 divisions, it’s already changing its pattern of gene expression. But if people are thinking of cell senescence as an on-off switch, then they don’t understand why we’re talking about these epigenetic changes. But many of us see cell senescence as a grey zone, a gradual change over time, with subtle but pervasive changes in gene expression.

You’re in favor of treating age-related diseases with telomerase therapy–is that because you believe telomeres are the root of age-related dysfunction?

Well, the mechanism of aging is a cascade of changes. Let’s take Alzheimer’s, for example. Why does Alzheimer’s occur? Well, it occurs because the neurons die. Why does that happen? Well, because of the beta amyloid, and the tau tangles, and the changes in mitochondria and the oxidative damage. Well, what’s upstream of that? I would argue it’s because the microglial cells have changed their behavior. And why did that happen? Because the telomeres were shortened and now the pattern of epigenetic expression is playing a different tune. Why did that happen? Well, because the cell divided.

Then it gets messier and brings you back to clinical medicine. For example, we know that the rate of microglial cell senescence–that is, microglial cell divisions–goes up in patients with closed head injury and infection. So is that why you find that some patients are people with viral infection, bacterial infection, fungal infection, closed head injury? Well, again you have to go back and ask yourself what you’re exposing for underlying genetic risks. You could also ask why the cells are dividing in the first place, if that’s how far up you want to trace it.

I would never say that telomeres cause aging–they don’t! The question I’m asking is, out of this whole cascade of changes, where’s the single most effective point of intervention? I don’t think it’s preventing infection or preventing closed head injuries. I think the more effective point of intervention has to do with changing the pattern of gene expression. But rather than going after gene by gene by gene, rather than approaching an orchestra instrument by instrument, I would rather go to the conductor and say, “Play this tune.” And that’s where the telomere comes in.

A lot of your experience with telomeres in human aging comes from working with progeria patients, but is progeria a good model for normal aging?

Most people glancing at these kids would probably say, “This is some sort of accelerated aging.” But as you might expect, there are a lot of people who disagree, who decide it looks kind of the same but it isn’t, that it has nothing to do with aging and is probably a red herring. I think it does have to do with normal aging, and part of the reason I do is because the data shows that at age one, these kids have telomere lengths that would be more typical at age 70.

Now, the progeria cells suggest that what you’re looking at is just early aging, but not all the cell lines do. Progeric kids die overwhelmingly of vascular aging diseases, but they don’t have immune senescence or early Alzheimer’s. This suggests that the hit those cells took occurred after some split, causing some of the body’s cells to lose telomere lengths early and some not to. In some ways it’s the opposite of trisomy 21 (Down syndrome). Trisomy 21 patients typically die of immune-related problems, and they get early onset Alzheimer’s, but they don’t show early vascular aging.

Besides progeria and adult onset progeria, people also argue about acrogeria and metageria, but it’s hard to divide them all up neatly. It’s like asking what the real difference between Alzheimer’s and Parkinson’s is. In the textbook it’s pretty easy, but if you look more carefully you find that there’s some overlap. Everybody knows that Alzheimer’s causes cognitive decline but motor function isn’t affected, and Parkinson’s patients have motor problems but the cognition is fine–but that’s not true. A number of people have symptoms of both. We try to classify things into nice, neat categories, but nature being what it is, sometimes things overlap and get fuzzy.

Let me give you a funny example of this. Everybody knows that penicillin is an antibiotic, and if I ask my medical students how it works, they say it interferes with beta-lactam synthesis. And then I ask, what happens if I put penicillin on a mammalian brain after I remove the meninges? Well, the animal will get a grand mal seizure. And do you think it’s because it’s somehow interfering with beta-lactam synthesis in neurons? No. They don’t have beta-lactam. The reason is that penicillin is a relatively complex molecule, and it probably affects every biological structure in your body, but most of the time we can’t find any significant evidence of that. We can find it with seizures, and with killing off bacteria of certain kinds. But it’s not simply that it’s an “antibiotic”, it’s what it is–it’s penicillin, and it has antibiotic properties, and it has seizure causing properties, and also billions of other properties that we don’t know about.

So things are always more complex than that, and once we start putting them into strict categories, people stop thinking clearly about them. That’s probably part of the problem when we’re looking at progeria. I’m not sure we should say that it is or isn’t aging, but I do think it can teach us something about aging.

Newer PostResearch roundup: The Hippo in your heart, and more
Older PostIn the media: Telomeres, translation, and treatment