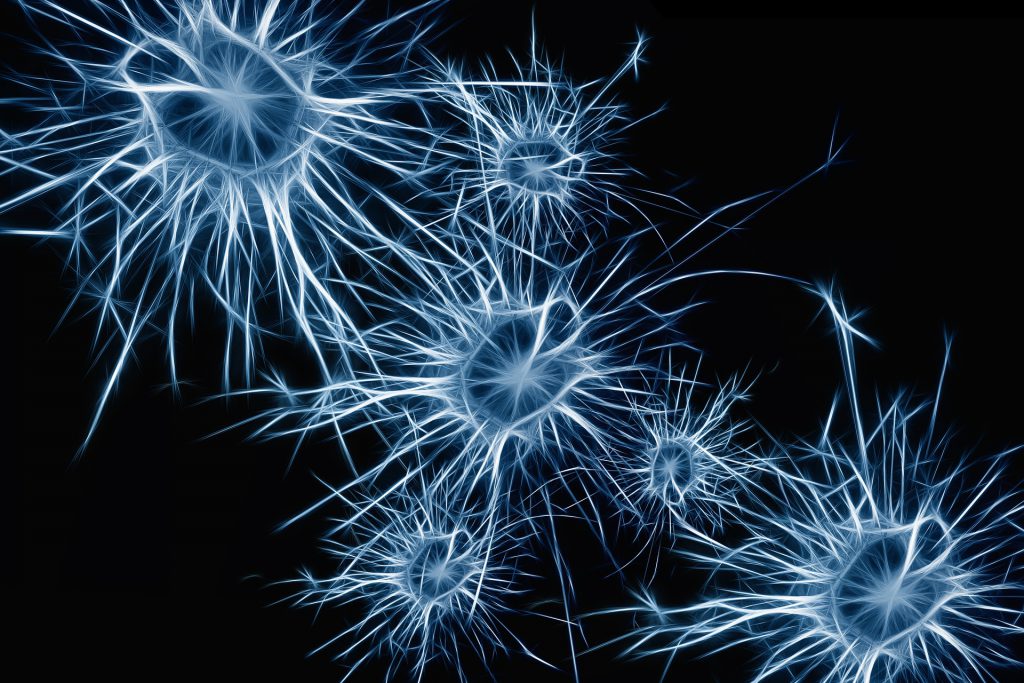 Long before the usual physiological signs, the withering of neurons and the gradual atrophy of the brain, that tip doctors off to the presence of a neurodegenerative disease, there’s already something different about their patients’ brain cells. Action potentials flash across a long, thin arm protruding from the cell body in a healthy neuron, and spread through what look like tiny fingers to find the synapses, where the tiny fingers of other neurons meet it. But advancing age and neurodegeneration cause these arms–called axons–to begin to disintegrate, halting communication between neurons.

We’ve been able to thwart this process in animal models by downregulating insulin signaling, which can be accomplished through caloric restriction, among other things. This method requires the protein FOXO, which, along with its invertebrate counterpart DAF-16, has been linked time and again to longevity, but the mechanisms governing its anti-aging effects still aren’t totally clear. Intriguingly, FOXO shows higher levels of expression in aging brains, possibly as a protective response to increasing inflammation.

So what do you do when you have a protein that you know is important, but you don’t really know why? Well, naturally, you engineer some mice without it.

Since FOXO 1, 3 and 4 aren’t essential for development, researchers were able to knock them out of mice’s nervous systems with no noticeable effects in their youth. However, by adulthood the brains of these mice were displaying troubling signs in MRI scans, similar to those found in much older mice. Especially prominent was gliosis, a process whereby the white matter surrounding neurons proliferates in response to damage. When the researchers probed deeper, they found that these swarms of glial cells were often forming around degenerating axons.

The mouse brains were also becoming clogged with proteins that should have been degraded, but weren’t, a clue that pointed towards a problem in the cellular recycling machinery. Since rapamycin is known to stimulate autophagy, the researchers tried treating the mice with it, and after six months their protein clearance improved, as did signs of axonal degeneration.

Previous results had suggested that neurons lacking FOXO tended to hang on to old, bloated mitochondria that churned out damaging free radicals, instead of recycling the dysfunctional organelles. The researchers wondered if rapamycin treatment worked by preventing these harmful byproducts from being created, so they tried substituting an antioxidant in its place. Like rapamycin, the antioxidant did help stop axon degeneration, but it lacked rapamycin’s proteostasis-improving qualities.

FOXO’s role in regulating insulin signaling and suppressing mTOR, and the apparent effects of that regulation on neuronal health, may help to make sense of the the diabetes drug metformin’s ability to reduce dementia risk in patients. Interestingly, none of the mice ever acquired the most characteristic feature of neurodegenerative disease, the widespread death of neurons. However, axon degeneration likely plays a central role in “normal” nervous system impairment like mild cognitive decline and sarcopenia, and may be a predisposing factor for more serious diseases.