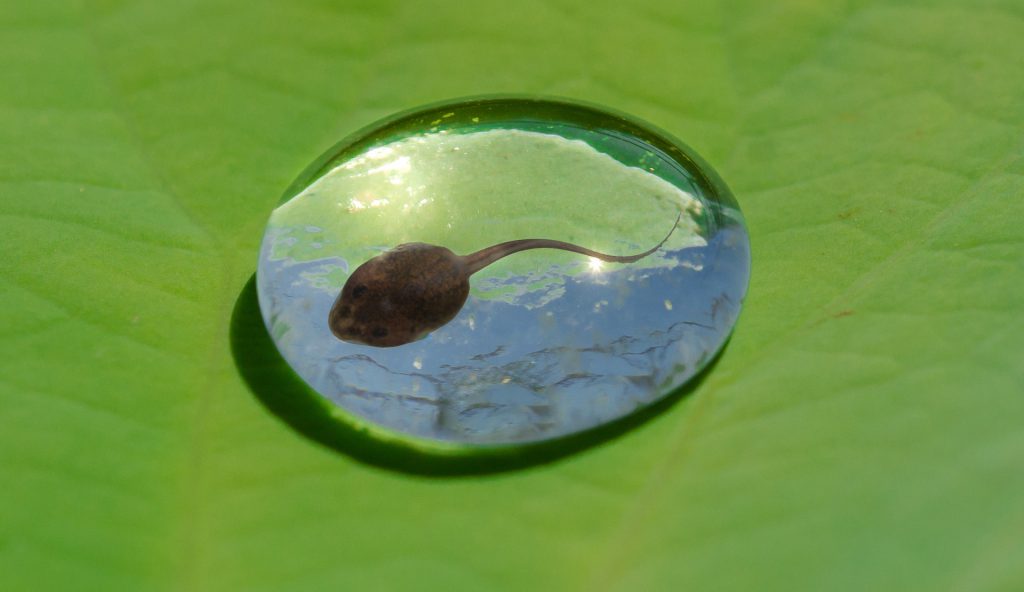 For much of the 20th century, the prevailing wisdom was that once cells were fully differentiated, their identities were crystallized eternally–a neuron was a neuron forever, and that was that. Then in 1987, something almost magical happened for the first time: with the help of a single transcription factor, a mature fibroblast was completely remade (“transdifferentiated”) in the image of a skeletal muscle cell, becoming functionally identical to “authentic” skeletal muscle.

This was the death knell for an idea which had first been shaken by another experiment 25 years earlier, when Sir John Gurdon removed the nucleus from a frog’s mature somatic cell and placed it into an empty egg cell. The result was a perfectly normal tadpole that grew into one of amphibian kind’s most famous members, the first cloned frog. But perhaps more importantly, the experiment demonstrated that immersion in an embryonic environment was able to rescue a cell from its specific fate–as whatever cell type it had matured into–as well as from the fate eventually shared by all cells–growing old.

The procedure, called somatic cell nuclear transfer, was useful for investigating the astounding renewal capacity of oocytes. From a clinical standpoint, however, it was time-consuming and expensive, especially compared to the transdifferentiation method which would be developed a few decades later. But unlike cells that had undergone nuclear transfer, transdifferentiated cells retained all of their age-related qualities. This meant that while it could be useful for replacing scar tissue in damaged organs with more functional tissue, its effectiveness for the treatment of age-related diseases might be limited.

What was needed was a middle path–a procedure with induction methods similar to transdifferentiation, but which didn’t sacrifice the rejuvenating properties of nuclear transfer. Enter Japanese researchers Shinya Yamanaka and Kazutoshi Takahashi, who in 2006 pioneered a method using what came to be called the “Yamanaka factors”. By combining transcription factors known to help embryonic stem cells maintain pluripotency with genes that tumors often exploit to boost cell division, the researchers produced induced pluripotent stem cells, or iPSCs, that were capable of all the same tricks as their natural counterparts. And best of all, they were suddenly young again.

In particular, telltale epigenetic signatures of aging like DNA methylation were reset, telomeres were lengthened, and sagging mitochondria got a facelift. If the cells remained pluripotent, they’d enjoy this new lifestyle indefinitely, while cells that were redifferentiated into specialized types were given a respectable lifespan for a newborn cell. It wasn’t just for ordinary aged cells, either–the Yamanaka factors could bring senescent cells back from the dead.

Induced pluripotency wasn’t without problems, though. While more feasible than nuclear transfer, it still required several weeks of treatment and was extremely inefficient, with only about one in a thousand cells being fully converted. And there were dark clouds on the safety horizon as well. While everything seemed to work just fine in the petri dish, forcing expression of Yamanaka factors in living mice often killed them. In many cases this was due to the formation of teratomas, tumors made up of a kaleidoscope of different tissue types. But frequently the proximate cause of death was rather mysterious. One explanation suggested that, much like fiddling with a car’s engine while trying to drive it would lead to disaster, dedifferentiating cells in working organs interfered with their performance and caused organ failure.

But was full pluripotency really essential? What if, like salamanders regrowing a limb, we could tweak our epigenomes by expressing the Yamanaka factors for a short while–say, just long enough to wipe the slate clean before guiding the cells into their new identities?

In fact, scientists have realized this possibility within the past few years, successfully performing partial reprogramming for the first time in mice in 2016. The method capitalizes on the fact that cells on their way to becoming iPSCs undergo two phases of remodelling, first repressing cellular identity by massaging DNA into a more “relaxed” state, then activating pluripotency markers. This meant we could rejuvenate cells in half the time, all while avoiding the risk of tumor formation.

Partial reprogramming is not much more than a scaled-down version of induced pluripotency, however, so it faces many of the same challenges for practical use. Most cells are resistant to reprogramming, and as with inducing pluripotency, only a tiny fraction of treated cells take to it. Delivery presents a further obstacle. The most effective method requires gene therapy, which hasn’t yet transcended its “experimental” status. But if you’d rather avoid sending your treatment in on the back of a virus, for instance by using certain small molecule drugs, the end result would make an already inefficient process look even less impressive.

It may be the oldest strategy under discussion, but somatic cell nuclear transfer still offers one of the more viable routes for tissue replacement via transplantation, being many times more efficient than reprogramming. And from where we stand now, rejuvenating human tissue with in vivo reprogramming looks to be a ways off yet–but if you squint, you might be able to see its shadow on the horizon.