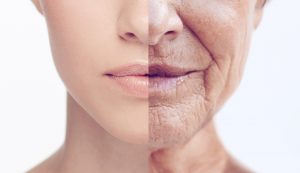 Modern health and medicine have all but eradicated the poxes and plagues that fixed the life expectancy of a person in the 19th century at 40 years old, but despite long and expensive struggles like “The War on Cancer” and over a hundred clinical trials for Alzheimer’s treatments, our attempts to control the diseases of aging have borne little fruit. In the last thirty years, our understanding of the underlying pathology of Alzheimer’s disease has deepened, yet billions of dollars invested in research have not significantly slowed the course of the disease. Most existing treatments for cancer require swift detection, are extremely invasive and expensive, and cause debilitating side effects. And our defenses against heart disease, stroke, and general frailty remain, at best, crude.

Up to now, most approaches have focused on acute treatment of disease, waiting until a patient has obvious or life-threatening symptoms before intervening. The central tenet of geroscience, however, is that the molecular and cellular damage that leads to the diseases of aging begins long before people appear sick. Our risk of getting these diseases peaks after sixty years of age, but the incremental buildup of damage starts in our twenties or thirties. The geroscience approach aims to target the molecular processes that underpin aging here, and fix them at their roots, stopping aging before it starts.

But what are these processes? What are the threads linking all of the ails of aging together to slowly break down our bodies and minds? Over several decades, researchers have unraveled this mystery to find nine interwoven “hallmarks of aging”: genomic instability, telomere attrition, epigenetic alterations, loss of proteostasis, deregulated nutrient sensing, mitochondrial dysfunction, cellular senescence, stem cell exhaustion, and altered intercellular communication. Already interventions targeting one or more of these factors are being developed, from small molecule drugs to genetic alterations, and over fifty have been found to extend lifespan and healthspan in mice, with more being discovered every year.

But the road from mouse model to viable human medicine is a long one, with numerous obstacles standing in the way. Findings from non-human organisms are frequently difficult to translate to our own species. What’s more, even the most promising interventions must clear stringent regulations in an infrastructure ill-equipped to handle preventative treatment. This may be just beginning to change with the FDA’s approval of the first anti-aging drug trial on humans, using the diabetes drug metformin to slow the onset of multiple age-related diseases at once. If it were successful, such a study could blaze a path for other aging cures to follow. A new class of drugs, known as senolytics, could set an even brighter precedent by functioning both as an acute treatment and a prophylactic one.

Geroscience in industry and philanthropy

In the past few years, a rapidly growing industry has sprung up around the geroscience approach, with both companies producing individual technologies like Unity Biotechnology, and tech giants like Google and Facebook making broader moves into the space. Google’s Calico, an independent R&D biotech company partnering with AbbVie and numerous academic institutes, was founded in 2013 to promote “health, well-being, and longevity”, and in 2016 Mark Zuckerberg pledged $3 billion to Chan Zuckerberg Science with the goal of curing or preventing all disease by 2100. In addition to these large investments into basic research, more commercially focused endeavors like Genentech and Eli Lilly’s Alzheimer’s trials and GenSight’s efforts to replace defective mitochondrial genes have been popping up as well.

We are on the verge of a paradigm shift in how we treat the diseases of aging. The first medicines to make us live longer and healthier lives already exist, and massive investments are catalyzing the creation of many more. We are poised to be either the first generation to live for over a century, or the last generation not to. We’ve created Geroscience to share our enthusiasm for this space, and to cultivate a source of accessible science and realistic discourse.

Each week we’ll bring you detailed, informative content featuring the most interesting developments in research and industry around the world, interviews with key figures, and exposition on essential topics. Please join us as we:

Geroscience.com is the premier site for news, discussion, and scientific insight related to the basic biology of aging and the development of new medicines with the ability to cure or prevent the diseases of aging.