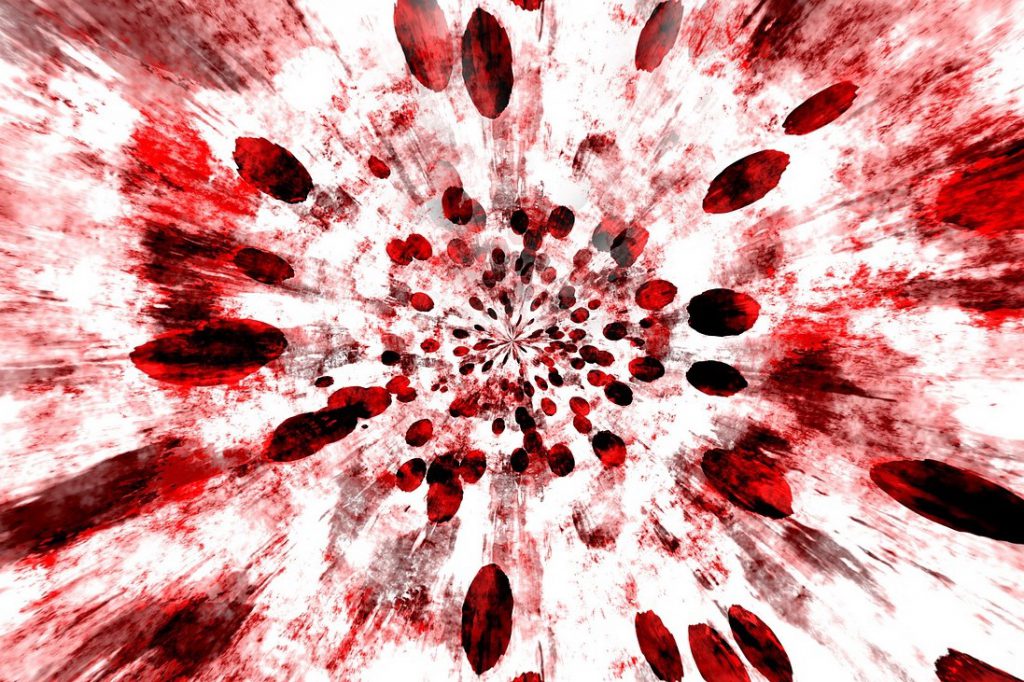 (Continued from part I)

Most people who’ve meet cancer on the battlefield of treatment, doctors or patients, come away with the impression of a robust and formidable foe that can only be defeated with the most terrible weapons. But this impression is somewhat misleading. The cancers that come to our attention are selected for being especially hardy, because most cells on their way to malignancy are silently thwarted by our bodies’ elaborate series of stopgaps and control mechanisms, if not by their own inherent dysfunctionality.

The reality is that a burgeoning tumor is in a very precarious position. Those that survive to plague us do so by exploiting a few life-preserving systems that are baked into the body, amplifying them to compensate for the inner turmoil caused by a cancer cell’s demented programming. If one of these crutches was ripped away, all of cancer’s strength and ferocity would quickly crumble on the weak foundations it had hastily slapped together.

A central example of this dependency (or, as some cancer researchers have called it, “addiction”) is the ancient and ubiquitous heat shock response, a relationship which begins in the very earliest stages of cancer development. As mutations in the genome spawn aberrant proteins that are unable to fold into the correct forms by themselves, the cell’s quality control agents–heat shock proteins–arrive at the scene and wrangle the mutant proteins into shapes that will allow them to function despite their defects. Sometimes the proteins in question are “oncoproteins”, mutants capable of driving cells wild with the urge to proliferate, and it’s thanks the help of the hapless heat shock system that they’re able to transform one benign cell into many malignant ones.

Cells on the brink

But the demands of oncoproteins are just a fraction of a much greater need. Cells that have accumulated enough mutations to become cancerous are also rife with proteotoxic stress, not unlike neurons in the brains of Alzheimer’s patients. Left unchecked, this proteotoxicity would destroy a cancer cell just as surely as it will a neuron. Unlike Alzheimer’s-afflicted neurons, though, a cancer cell deals with this threat by boosting the master regulator of the heat shock response, HSF-1, maintaining a level of activity that normal cells only reach under acute stress. (In fact, high HSF-1 activity is a pretty good way to distinguish cancer cells from normal cells.) With the heat shock response on high gear at all times, the broken peptides menacing the cell’s interior are usually scooped up before they can find an aggregate to join.

This potentially deadly stress, and the utmost importance of combating it, may underlie a mysterious fact about cancer that oncologists have known about since the early 20th century, but have had little explanation for: the “Warburg effect”. Most of the energy used by cancer cells comes from anaerobic respiration, a form of metabolism that’s typically avoided by cells in favor of the vastly more efficient aerobic kind. Anaerobic respiration is generally only used during times of low oxygen availability–for instance, it’s used by your muscle cells during anaerobic exercise–but cancer cells prefer it even in the presence of oxygen, a surprising state of affairs for cells hungry for growth.

The key to this form of energy is that it’s fast and cheap, which are important properties to a cell that needs to keep constant watch over an unruly proteome. If at any point the cell’s energy level dropped, it would engage a response from energy-sensing molecules, which would signal for proteins to be recycled for nutrients, as well as halt energy-intensive processes like protein synthesis and folding. Since protein synthesis and folding are the bread and butter of the heat shock response, their ringleader (HSF-1) would be a prime target for inhibition. But by using a simple form of metabolism with easily available ingredients and instant gratification, a cancer cell can keep these energy sensors dormant, allowing the heat shock system to maintain the cell’s delicately balanced state.

If the aforementioned benefits were all the heat shock response had to offer cancer, it would already be an indispensable element of the disease. But it turns out that various additional features of the system have been found to contribute in some way to just about every stage of cancer progression, from enhancing growth signals, to promoting the development of highly fertile cancer “stem cells”, to fostering the evolution of new phenotypes and metastasis.

But the other great gift that heat shock bestows on cancer cells, which is of interest to us as potential victims of cancer, is freedom from death (of the programmed kind, anyway). Apoptosis is triggered when a cell becomes unnecessary–as it may during tissue remodeling–or accumulates the kind of irreparable damage that makes it dangerous–say, DNA damage that might be cancerous, or an abundance of denatured proteins. But when a cell is damaged during acute stress, the heat shock response pauses apoptosis during its brief window of activity, in order to give the cell a chance to heal. Of course, cancer cells always have proteotoxic stress–meaning this usually brief reprieve is extended indefinitely.

There are other forms of death than the highly regulated apoptosis, though, and individual cancer cells are far from invincible. If a cell can’t stay alive but can’t undergo programmed death either, it will instead necrose, which causes its contents to spill out into the surrounding area and provoke an inflammatory response. But this, too, is in the tumor’s interests: it creates a perfect environment for the growth of new blood vessels to supply the cancer cells with oxygen, and it also appears to promote invasion and metastasis.

Hitting cancer where it hurts

Somehow, cancer seems to parlay all its weaknesses into new ways of digging its claws deeper into the body. But for this it needs assistance–powerful benefactors with a wide range of advantages, like the heat shock response. So what happens if you deprive it of this support, or overwhelm the capacity of its allies to help?

This latter strategy is the route most chemotherapies have taken in the past. These toxic agents put so much strain on cancer cells that tumors often have no choice but to capitulate. Unfortunately, these therapies aren’t very selective, and they usually take lots of normal cells down as well.

But there may be hope for selectively targeting cancer’s outsized need for proteomic support. Some evidence for this comes from the beneficial effects of interventions like metformin and caloric restriction on cancer risk, and from more direct studies of tumors in the lab. Remember the Warburg effect? These interventions can activate a low energy sensor, AMPK, which counters the heat shock response, leaving a tumor to fend for itself.

While hitting these upstream pathways is a broadly safe and reasonable preventative measure, a more effective route for acute treatment probably requires targeting specific members of the heat shock family. However, so far this hasn’t met with much success. Although non-cancerous cells under normal conditions don’t particularly need the entirety of the heat shock response, certain components of the response are also frequently needed for basic tasks, like folding newly synthesized proteins. The handful of Hsp90 inhibitors that have been trialed since the 1990s have failed to pass toxicity tests, likely because their actions were too broad. But the introduction of technologies like CRISPR may allow us to hone in on more precise targets, hitting only the proteins needed disproportionately by cancers.

Newer PostUsing neurodegeneration to fight cancer safely and effectively
Older PostWhat’s new in media and industry: Who’s who in longevity, and more