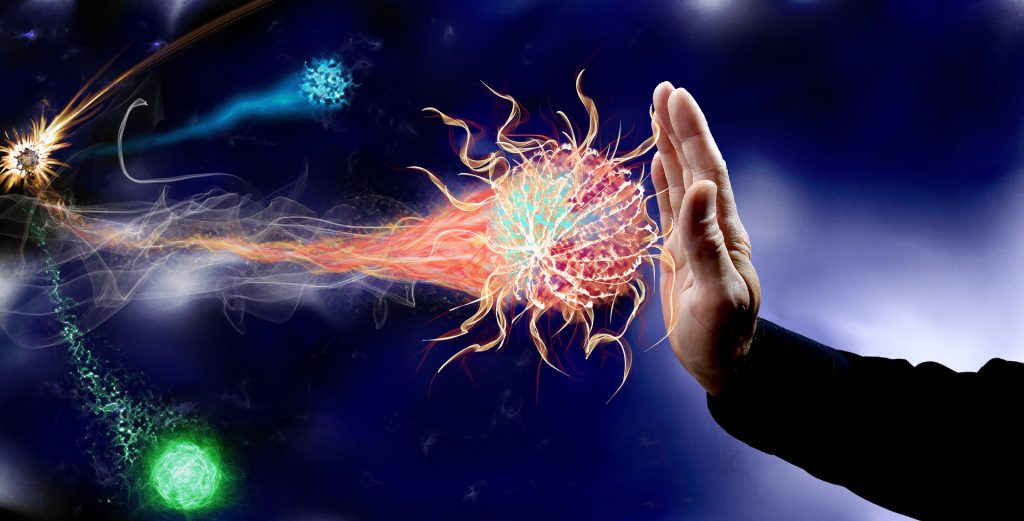 One contributor to the aging of your immune system is that your thymus–the gland that turns leukocytes into T cells–is slowly replaced by fat, and eventually shuts down around puberty. In a perfect world this wouldn’t be a problem, because our existing T cells would be appropriately proportioned to cover the entire infection space. In the real world, however, we sometimes have too many T cells of a particular kind, or T cells specialized in the wrong domain.

One potential treatment that some researchers are investigating is wiping out all T cells from the body, but this strategy won’t get very far if we can’t replenish our T cells afterward. (T cell replenishment is also of interest to people with cancer of the immune system.)

A focus of research into the aging thymus is the protein PPAR-γ (peroxisome proliferator-activated receptor gamma). PPARs are nuclear receptors, enzymes that are triggered by hormonal or molecular signals to alter the expressions of specific genes. Activated primarily by polyunsaturated fatty acids, PPAR-γ binds to specific regions of DNA to cause an increase or decrease in the transcription of multiple genes. Its best-known effects are an increase in the uptake and use of sugar, and the development of adipocytes, or fat cells. Since the thymus is replaced by fat, some researchers have taken an interest in PPAR-γ’s potential role in this process.

Ernszt et al (2017) performed a series of experiments examining the effect of PPAR-γ on the thymus. Here are their results:

Together, these results suggest that PPAR-γ shortens the productive lifespan of the thymus, although the exact mechanism remains unclear. We know that PPAR-γ encourages the growth of fatty tissue, and that the thymus is replaced by fatty tissue, but it seems very likely the interaction is more complicated than that.

Unfortunately, a simple reduction of PPAR-γ is unlikely to be a viable treatment in humans. PPAR-γ interacts with many cells in the body, and both mice and humans with a deficiency display serious metabolic problems, such as diabetes and dyslipidemia. In order for work like the above to be useful, a way to selectively block PPAR-γ in only the thymus must be found.

Of course, prolonging the lifespan of the thymus is not the same as bringing it back, as we would have to do if we wanted to wipe the immune system clean and start fresh. However, it could be combined with treatments like artificial thymus transplants to reduce the frequency of replacements.