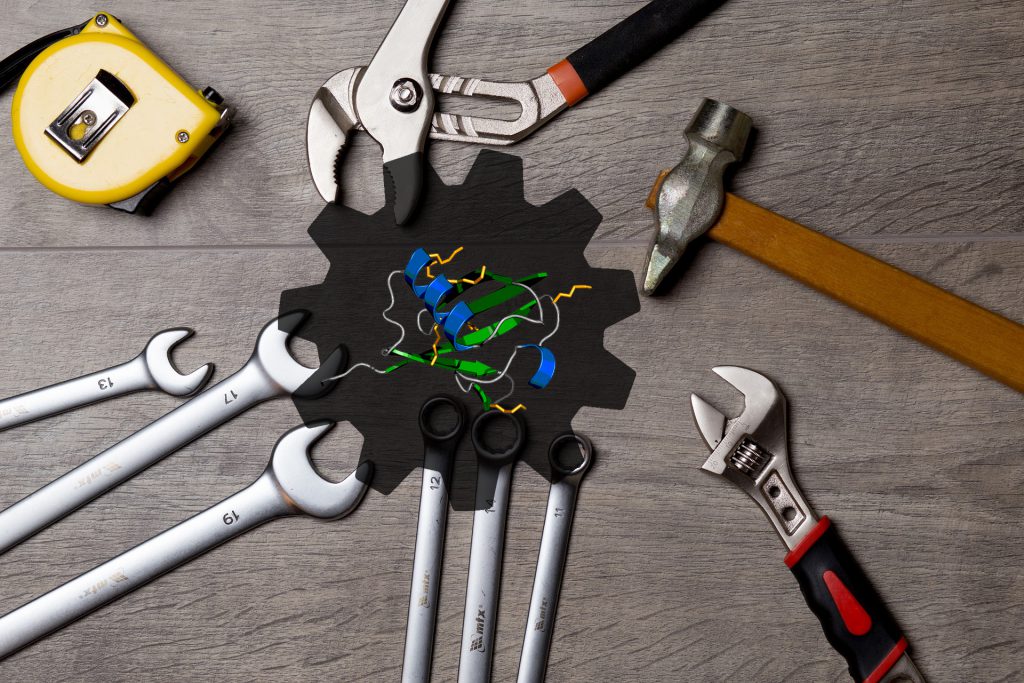 Part of a series on the Hallmarks of Aging.

Proteins don’t do everything in your body, but it’s fair to say they control everything. What they don’t do directly, they catalyze. Proteins handle everything from copying DNA, to stabilizing a neuron’s physical structure, to turning starch into sugar. If something goes wrong in the body, a protein is probably to blame.

The condition where your body has a stable, healthy set of proteins–known as proteostasis–is maintained by machinery known as the “proteostasis network” (PN), which itself is composed mainly of proteins. When it fails, you may have too many or too few of a protein, or misshapen proteins that can’t do their jobs–failures which are well-known features of serious diseases like Alzheimer’s and Mad Cow disease. Because protein errors accumulate over time, impaired proteostasis is also thought to be a major contributor to certain diseases of aging.

Back to basics: How do you make a protein?

The proteostasis network starts with a ribosome translating messenger RNA into a protein.1 The RNA sequence determines the sequence of amino acids bound together linearly, known as the primary structure of the protein. 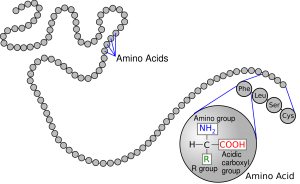 From this state, the chain will naturally fold and twist into secondary structures that take the least energy to hold in place, determined by the non-covalent interactions of the different amino acids. The three most common of these are α-helixes, β-sheets and turns. 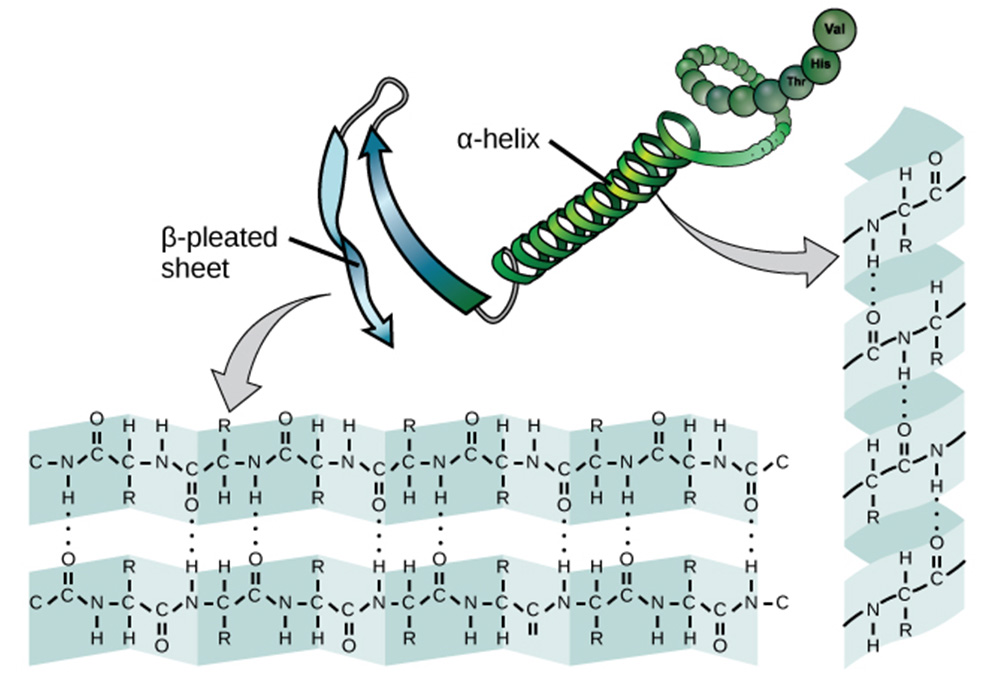 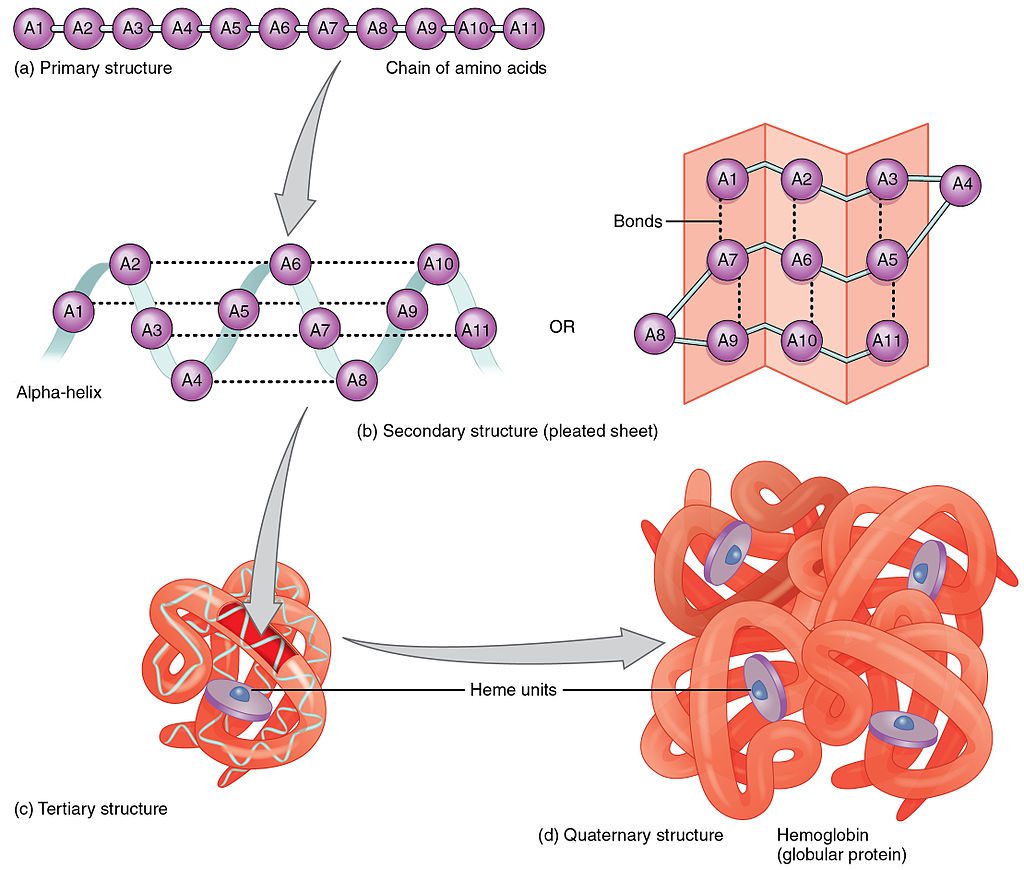 The primary, secondary, tertiary and quaternary structures that make up hemoglobin. Source

The proteostasis network consists of:

Components of the proteostasis network are highly conserved, meaning they vary little across a wide variety of species. This suggests that they are extremely important, and that small changes to this system can lead to large differences in functionality.3

What can go wrong?

Misfolded proteins commonly end up in aggregations4: clumps of proteins (of the same or different kind) that are ionically bound to each other rather than forming a self-contained molecule. Certain misfolded proteins, like amyloid-beta, are also thought to be toxic to cells on their own. So what creates these misfolds?

You may notice that many proteostasis-related diseases are neurological. This is not a coincidence; division activates protein clean-up mechanisms, and neurons almost never divide.

What can you do about it?

Reduced caloric intake is a well-known method of extending lifespan. One possible mechanism for this is that it encourages the breakdown of proteins for fuel, which clears out damaged proteins as a byproduct.

One way rapamycin may extend lifespan is that its target protein (mechanistic target of rapamycin, or mTOR) upregulates autophagy, and thus recycles bad proteins before they become problematic. Rapamycin has not been tested for longevity in humans and at the typical dosing level has number of undesirable side effects, such as immunosuppression and diabetes. It’s possible that a new regulator of mTOR will be found that gives us access to the positive effects while sidestepping the negative.

These therapies inject chaperones or kinetic stabilizers to help proteins assume the correct confirmation. Both types of therapies are currently undergoing trials to assess their safety and efficacy.

The proteostasis network is itself regulated by multiple molecules. Supplementing them could increase the cell’s ability to correctly fold and degrade its own proteins. However, these molecules and systems are involved in so many different pathways that any intervention would likely have large side effects. The most promising idea is to create new molecules that mimic regulators under some but not all conditions.

Want more? You can find a selection of articles related to this hallmark here.