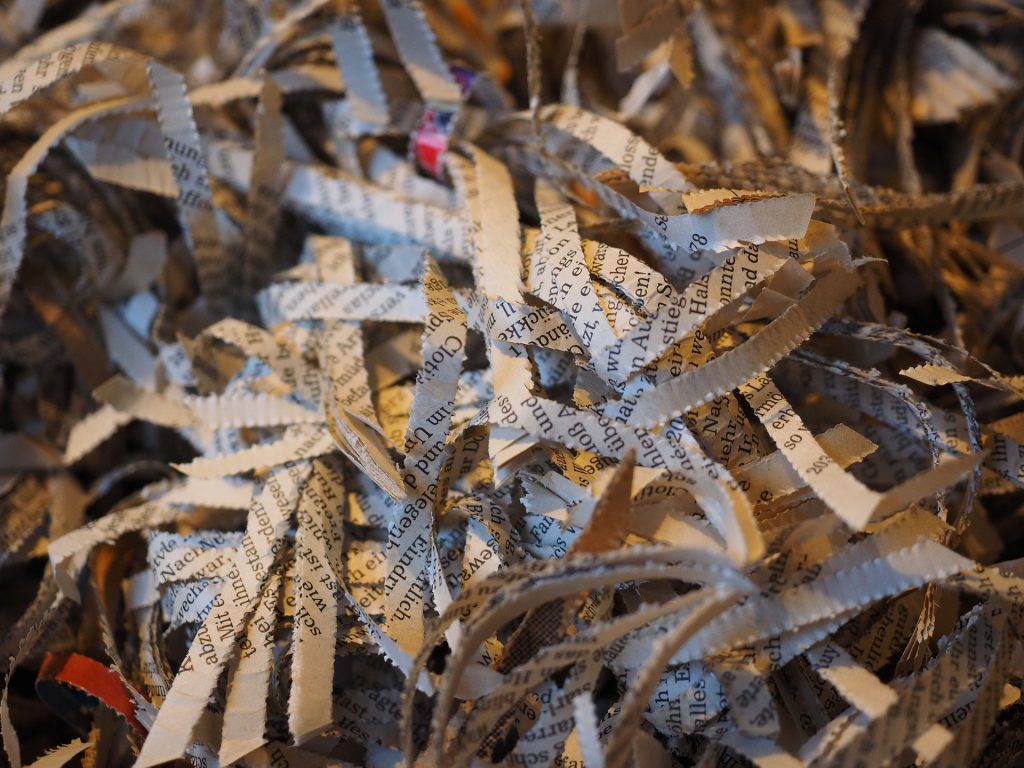 Imagine that today is your first day at a brand new job, and your new boss slaps an enormous booklet on your desk, then walks off without a word. The front of the booklet reads “HOW TO DO YOUR JOB”, and underneath in smaller print is the word accountant, and underneath that is the number 4.

You haven’t been to accounting school, but that’s alright, you think to yourself–all you need to know is right here in this book. You spot a brightly-colored page marker sticking out and flip open to that section. The pages appear to be photocopies, perfectly readable in most places but with blemishes and copying errors completely obscuring some areas, as if the source of the photocopy you’re holding in your hand was itself a photocopy (maybe that has something to do with the “4” you saw on the front page). You shrug and get on with your work despite the errors.

Perhaps your employer should take more care–sometimes modified instruction booklets contain instructions that drive employees insane and cause them to ransack the office. But that’s quite rare. Usually these errors have subtler effects on employee performance, and in your case, a booklet 4 copies removed from the original isn’t going to impede your progress very much.

But what if you were 40 copies removed?

Swap out “employee” for “cell” and “instruction booklet” for “DNA”, and you’re looking at a somewhat contentious question in the aging field. Since each division adds to a cell’s mutation count, it follows naturally that a lifetime of cell division and external damage produces a body rife with errant instructions. The intuitive conclusion to draw from this story is that these degenerate instructions produce degenerate bodies, and that the aging process depends in some way on this loss in translation, but so far there hasn’t actually been much evidence for this one way or the other–cancer is the only disease that’s been definitively linked to age-related mutations. And while it’s true that radical DNA damage will make any cell dysfunctional, it’s not clear that the amount of damage that accrues naturally over the human lifespan is enough to make a real difference in the body.

If any cell type bears strongly on this question, it’s probably stem cells. They stick around and continue dividing much longer than ordinary cells, which may give them more opportunity to accumulate mutations. And since they’re responsible for replenishing tissues with new cells, any errors in their own codes have the potential to propagate widely and perhaps impact tissue function. But the most troubling feature of aged stem cells, their declining proliferative capacity, is known as “exhaustion”, as if their proverbial well had gone dry. If a stem cell’s mutations could impede the specialized functions of its daughter cells, it could certainly also hurt its ability to produce daughter cells at all.

But just how corrupted did a stem cell’s instructions have to become before there was a noticeable effect? And does normal human aging push us past that point?

Researchers at Sweden’s Karolinska Institute hoped to answer these questions with the help of muscle biopsies from a handful of subjects, some in their early 20s, others over the age of 64. From these they could extract satellite cells, a type of stem cell that supplies skeletal muscle, and study their behavior and genetics in culture. Since it was mutations they were looking for, the researchers needed an “original” that they could hold stem cells’ genomes up to as a reference, which they found by sequencing participants’ blood samples.

First came quantification–no one actually knew yet how many mutations old stem cells harbored, or whether age accelerated the mutation rate. Peering into hundreds of nuclei of varying ages, the researchers uncovered a rather neat pattern: older cells’ genomes had roughly twice as many SNVs (single nucleotide substitutions) as young cells, with an average of 1,200, versus the 600 SNVs found in young genomes. That came out to about 13 new mutations per year for each genome. (If you’re paying close attention, you might have noticed that the mutation count increased by the same amount in the first 20 years of life as in the following 40+–indicating that the mutation rate was actually slower in the older group.)

But mutations are not all alike, and assuming dysfunction scaled proportionately with mutation count would be a mistake. Mutations can be more or less problematic depending on where they’re located, and an efficient body prioritizes DNA repair according to how much use parts of the genome see in a given cell. So rather than being randomly distributed, mutations in both young and old groups tended to turn up more in regions that didn’t code for proteins or weren’t important for skeletal muscle function. However, older stem cells hadn’t kept house quite as well, meaning they ended up with 2.4-3 times as many mutations in necessary genes as young cells.

So there was an apparent trend, at the gene level, for age-related mutations that were predicted to compromise stem cell function. But was this borne out in the realm of actual cells?

The researchers took several measures of productivity, including whether the cells were able to form a colony on their own, and whether the cells in these colonies could differentiate properly. In both cases, old cells fared somewhat worse than young cells. But the most striking difference was seen in “long-lasting proliferation”–a cell’s ability to grow a colony larger than 30,000 cells, corresponding to over a dozen divisions. This measure showed the strongest relationship to age-related mutations, and virtually no cell with more than 1250 mutations was able to meet this benchmark.

While this evidence is suggestive, it doesn’t actually establish a causal role for age-related mutations in stem cell dysfunction. The test was able to rule out certain factors that are known to impact stem cells, like the local signalling environment, by growing their cells in culture, but there are other players inside cells themselves that wield as just much influence. Shortened telomeres are an example. Although stem cells are uniquely able to lengthen their telomeres with the enzyme telomerase, the process is imperfect, and older stem cells still end up with shorter telomeres. Other age-related phenomenons, like epigenetic alterations, are similarly capable of impeding functionality. Since this study neglected all characteristics of stem cells other than genetics, we’re left wondering whether mutation load really was the driver of the changes they saw with age, or whether it was simply a proxy for the damage of biological aging in general.

However, even if the current results were hopelessly confounded and 1250 mutations is not the “true threshold” for functional cells, some threshold must exist. It would be a very surprising world if we were able to strip away all varieties of aging damage from cells, save this one, and expect a body to continue on indefinitely, despite accumulating garbled instructions year by year. But perhaps that’s a question for another generation.